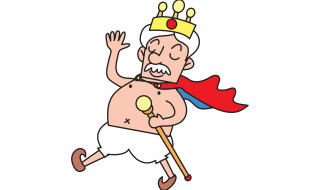 It’s only the government that benefits from the current structure of the NHS dental contracts, says Kevin Lewis.

Sometimes I feel like a member of the crowd in that mythical but memorable story from Hans Christian Andersen about the naked emperor, who relied upon his subjects to go along with the illusion and accept that he was in reality wearing the most wonderful garments of the finest and richest imperial quality. This was achieved by suggesting that the clothes were invisible to really stupid people.

Perhaps as you read this you will still be subscribing to some of the popular myths about NHS dentistry in the UK – or at least NHS dentistry in England. The first myth is that the NHS remains free at the point of use. While not entirely untruthful – because a number of patient groups can still receive NHS dentistry without parting with any money – the statement is certainly misleading.

The European Unfair Commercial Practices Directive enforced the introduction of a new Consumer Protection Act in the UK in 2008, and with it The Consumer Protection from Unfair Trading Regulations 2008. Included are statements that are deceptive and misleading due to some aspect of how information has been presented to the consumer and the likely impact of any withholding of information.

This leads us conveniently to the second myth, which is the assertion that all (appropriate) dental care and treatment necessary for your oral health, is available on the NHS.

The third myth I have referred to in this column in the not-too-distant past but I cannot assume that everyone (or indeed, anyone) will have read it. So for the sake of completeness I will question again the bona fides of the statements that any treatment provided on the NHS has to be ‘of the same high quality as treatments provided privately’ (NHS England).

I am certainly not saying that NHS dental care will never be of a high quality, or in many cases be consistent with the highest standards of oral health care, but it is incredibly easy for politicians and government departments to promise things that other people will be picking up the tab for.

Before moving on to the fourth myth, I should pause to repeat my acknowledgement that many patients are exempt from paying NHS dental charges altogether, and many more have these charges remitted, in part or whole. But in a sense the continuing NHS dilemma over many years has been the fact that the treatment provided for these patients needs to be paid for. Successive governments have shown themselves to be unwilling to forego the very helpful contribution that is made by the remaining patients who are liable to pay NHS dental charges in full.

Perversely, the very patients who, through their taxes and National Insurance payments, pay the rest of the cost of the treatment for those patients who are exempt or whose charges are remitted. The original introduction of dental charges was designed to stem the flow of patient demand in the early years of the NHS. Viewed one way it was an act of fiscal prudence, but viewed another it was a cynical act demonstrating that politicians are adept at giving with one hand while taking with the other hand.

Our political masters appear not to have lost their skills in this respect. It was 40 years or so after the introduction of NHS dental charges that Sir Kenneth Bloomfield was tasked with a review of how NHS dentistry was paid for. It came in the wake of the 1992 GDS crisis, which arose less than two years after the introduction of the most radical reforms to the NHS dental contract since the inception of the NHS. Reforms that two thirds of NHS dentists opposed, lest we forget – but the crisis occurred because, contrary to their initial expectations, dentists were doing too well. Much too well.

Bloomfield reminded us that the State intervenes in the delivery of NHS dentistry in several ways, the least significant of which was arguably the financial contribution itself. Unlike the situation in general medical practice, many dental patients paid a significant proportion of the cost at the point of use, on top of what they had already paid in taxes and NIC. But Bloomfield pointed out that the NHS also effected rigid price controls – enabling even charge-paying consumers (patients) to pay less than the open market prices that would apply in the private sector.

These price controls were particularly beneficial in keeping the cost down in parts of the country where operating costs were highest and market forces would normally result in these costs being passed on to consumers in higher charges. Bloomfield also pointed to the quality assurance activities (including patient inspections) that were then a feature of the GDS throughout the UK. This is no longer the case in England and Wales of course.

We have reached a point where those charge-paying patients get very little from NHS dentistry other than the price fixing service and all the rhetoric that drives patient expectations skywards. UDA values still vary much more widely than fairness and commercial logic would dictate but they average something like £18-£19.

What this means is that for charge-paying patients, both the state and the patient only ever pay for (at most) three items within any course of NHS treatment.

Every other item of treatment is provided with no additional contribution from either the patient or the state. For the very first item of treatment that opens the door into band one, the patient pays £18.80 and the state would pay (at most) 20p to demonstrate its appreciation of all the tax and NIC it has already received.

For this item of treatment the patient pays a further £171.20 (taking their total contribution up to £222.50) and the state curbs its generosity by reducing its total contribution back by 20p to just £5.50. Here again, the dentist then provides any other treatment within band three – and picks up any laboratory costs incurred – for no extra remuneration (and at no further cost to either the state or the patient). However would we all manage without that precious £5.50 ‘top-up’ from the state?

The NHS openly promises patients the same high quality of treatment that they could obtain privately if money were no object, but it does so from a position where money is very much the object for the person providing the service. Yet the NHS itself has virtually no skin in the game where the charge-paying patients are concerned. It promises quality that others are paying for.

Patients and consumer groups stand in the crowd and view the fine garments of the NHS, just as providers and performers stand on the other side of the street and view the same NHS. But for how much longer can the emperor maintain the illusion and for how much longer can the watching crowd hold back the laughter (and/or the tears)? The UDA system and the patients’ charges structure that arrived with it, is well and truly broken, but only the government is laughing. All the way to the bank.