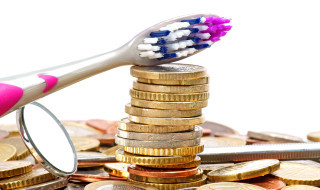 Dental costs are causing 19% of the population to delay treatment, according to a new survey.

The survey, from Get Dental Plans Limited, also found that 10% of respondents would cut oral products and treatments from their shopping list to save money.

‘People simply can’t afford to pay for the treatment they need, and are disappointed that they cannot afford to look after their teeth properly,’ Marc Benjamin, managing director of Get Dental Plans Limited, said.

‘They realise that poor dental hygiene can lead to serious health problems.’

Dentistry.co.uk, along with Dentistry magazine, ran the Dental Fees Survey in 2015 to find out the variations in dental costs.

In response to the question: ‘NHS contracting: what is your UDA rate for an associate?’, our results showed an incredible £11 difference among the highest and lowest regional UDA rates across the UK. The lowest rate was found in Wales, with an average UDA generating £11.50 per unit, while the highest came from the West Midlands, where the average rate is £22.50 per UDA.

The survey also found that the average fee for fixed-appliance orthodontic treatment across the UK came in at £2,420 per arch – the lowest rate was found in the west Midlands, where an average rate of £2,138 per arch is charged. The highest priced fixed-appliance orthodontic treatment was found in north west England according to our survey, where an average of £3,000 per arch is charged.