Is it even possible for dentists to strike? 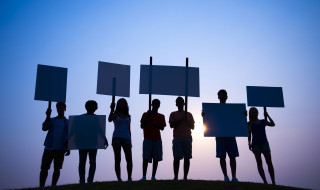 Is it even possible for dentists to strike?

Realistically, dentists should come to a consensus over how to provide a good service rather than voting to go on strike, Neel Kothari says.

Rather impressively 98% of 37,000 junior doctors have voted in favour of strike action according to the British Medical Association (BMA).

If plans materialise, the 1 December, 8 December and 16 December seem set for a catastrophic showdown between the department of health and the BMA, which is arguing against a contract that it says is unsafe for patients and unfair for doctors.

As a dentist I have a great deal of envy for the sheer clout that the BMA holds and the ability for its members to stand united on matters of principle such as these. Its not asking for more money or to work less hours, its simply asking for a contract that makes sense.

Over the last few years the dental profession has undergone a siege resulting in many, including myself, to question the need for strike action, but in reality the way that we are structured as a healthcare model means that any strike action would most likely affect us far more than the intended parties. Then you have the real problem – trying to get dentists to agree, which as we all know is a futile pursuit.

This is no insult to the British Dental Association (BDA) but in fairness, asking the BDA to have a meaningful input into contractual negotiations or debating how we should be regulated is a bit like asking it to go to a gunfight without any bullets. Sure it can write great letters expressing its concerns, but can the BDA really influence change?

For many the General Dental Council’s (GDC’s) encouragement of private complaints seemed one step too far. A cynic may think that perhaps it is flooded with NHS patient complaints and that politically such an uneven distribution looks bad. Of course this would also suggest that the GDC is acting as agents for the Department of Health, which would be completely outside of its remit. Then again, perhaps there is another perfectly valid reason.

Whilst I don’t think going on strike is the right approach for dentists, this doesn’t mean that nothing can be done. We are all aware that the 2006 contract is full of more holes than Swiss cheese and, yes, the BDA has voiced its concerns, but what it hasn’t done is provide some form of ethical framework by which dentists should work within and offer guidance on what can and cannot be ethically achieved.

A lack of such guidance makes it almost impossible to draw a line between what dentists can and cannot provide. Clearly they ‘provide everything clinically necessary’ whilst funding for far less approach hasn’t worked, and unless the ambiguity surrounding this central issue is addressed it is hard to see a situation where we can honestly say to patients what is or is not provided under the NHS. If the 2006 contract requires us to ration, I guess the next one will too; what we need from the BDA is guidance on how this can be done ethically – even if this means we are in breach of contract.

As I write this I realise how eerily similar this sounds to organised dissent. Please let me clarify, those who choose to unethically claim UDAs deserve the full force of the law, however those who wish to provide good quality dentistry in an ethical manner need help and guidance on how this should be done. Very few people are providing large span bridges or Cobalt chromium dentures on the NHS (based on conversations I have had with many NHS lab technicians), yet this seems somewhat of a taboo subject.

Let’s stop pretending that we have the same clout as our medical colleagues and start coming to a consensus on how we can provide a decent service with both healthcare and economic factors properly considered.