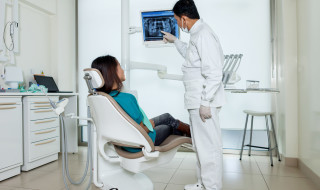 The NHS Contract will impact patients’ ability to get the services they need, is the top concern for most dentists.

This is according to new research from Wesleyan, which found that two thirds of dentists (68%) cited this as their top fear, the viability of having a small practice was the second highest concern (59%) and an increase in private dentists (28%) was the third highest concern.

‘The 2006 version of the dental contract led to one million fewer patients accessing care after two years,’ Judith Husband, a dentist and member of Wesleyan’s members advisory board, said.

‘This new research shows that, despite the Steele review and years of piloting and prototypes, the dental profession remains concerned about the impact on the patient.

‘Just last month, Wesleyan found that half of dentists would not recommend their profession, and the introduction of the new NHS dental contract emerged as the industry’s biggest worry.’

When asked about their profession, 60% of dentists cited the new NHS contract as their main concern.

Rising costs and reduced profitability, topped the 2014 list as dentists main concern about their profession.

‘But the contract will also have financial implications for dentists and their practices.’