After you with the shovel 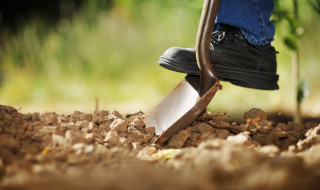 After you with the shovel

We all need to be less trusting, more sceptical and questioning, and more demanding both as consumers and as professionals, Kevin Lewis says.

The least likely research finding to emanate from Oxford University in recent times must surely be the suggestion that the world is heading towards a ‘sh*t shortage’. Can’t say that I had noticed. It seems that someone has discovered that in bygone millennia there were veritable truckloads of it, and that is no longer the case.

Scientists estimate that the natural chemical cycle of which these products are a key ingredient (because of the nitrogen and phosphorus they contain), has shrunk to just 6% of its former scale. Not sure how we could have worked that out, but for now I will accept it at face value.

While on the subject of disappearing emissions, I am encouraged by the outcry over the recent revelations at Volkswagen in relation to its contrived manipulation of the emission-testing regime.

It is now clear that having vocally welcomed the testing and reporting as a valuable step forward for the industry in informing the public and giving them choice, the company invested heavily in a concerted plan to deceive the public on a grand scale – and has been found out. Thank goodness for that, and thank goodness we are still capable of being surprised or even shocked by it.

Our shock is tempered by the knowledge that VW is still manufacturing and selling cars and (until recently) making profits, and nobody seems to be suggesting that it shouldn’t be. Any healthcare professional who set out to dupe and mislead even a single patient would lose their professional registration and livelihood quicker than you could spell ‘Volkswagen’. Might I suggest that we should not be up in arms about that fact – indeed, quite the reverse. It is part of the reason why the public trusts healthcare professionals a lot more than car salesmen.

Only a month or two ago I drew attention in this very column to the ways in which the food, soft drinks and confectionary industry, working in tandem with the sugar producers and distributors, had for many years been funding seemingly independent and authoritative bodies, such as the British Nutrition Foundation (BNF). The BNF has mounted a highly organised campaign to discredit any evidence linking sugar consumption to obesity, diabetes, heart disease and other conditions.

It seems that a strikingly similar approach is being taken by the motor industry to undermine the scientific evidence regarding the adverse health and environmental impacts of diesel emissions. The European Research Group on Environment and Health in the Transport Sector (EUGT) was founded by Daimler, Bosch, BMW and VW only about eight years ago.

The German motor industry has gone as far as to claim that modern diesel engines actually clean the air, so there should be tax incentives to stimulate more diesel miles rather than fewer. But whether or not you believe the claim to have any credibility, note the clear water being created between bad old dirty diesel engines and lovely shiny new environmentally friendly ones. That distinction is no accident because the motor industry is only selling the shiny ones.

The motor industry (or the sugar industry) is probably no better and no worse than any other, bigger and stronger perhaps, but no worse. Indeed it took several protracted legal cases in the US to put the tobacco giants onto the back foot after they had spent years successfully denying and deflecting blame for illnesses and deaths that had rightly been attributed to smoking. Now at least people damage and kill themselves in full knowledge of the facts and risks.

But before we get too comfortable, let us not pretend that nothing equally unsavoury is happening a little closer to home. The pharmaceutical giants have long commissioned research into the safety and efficacy of the drugs and medicines they are developing and selling. We all read scientific journals in which the results of such studies are published and we are influenced as professionals, just as we are as consumers.

The latest debate to which some voices (including the Cochrane Collaboration) are speaking about surrounds the question of the openness and transparency of clinical trial data. The drug companies are being accused of suppressing results that are unfavourable or unhelpful and of publishing only selective summaries of the data.

We are told that even the data supplied to bodies such as NICE and Cochrane is often heavily redacted to a degree that renders it obscure and unintelligible. The big question is that of how much transparency there should be – there are some issues of patient confidentiality and of commercial (competitor) sensitivity to address and an ever-present risk that incomplete data is more prone to misinterpretation.

One view voiced by someone working for the Cochrane Collaboration was direct, unambiguous and uncompromising: ‘If you carry out an experiment on a human you have certain responsibilities. One of those is that you shouldn’t suppress data.’

Another US-based campaigner from the University of Maryland School of Pharmacy called for greater honesty and transparency and took this a stage further: ‘Without raw data we are left vulnerable to trusting at face value journal articles that may, in truth, be little more than marketing dressed up as peer-reviewed science.’

Some argue that the answer is very simple. If you want a licence to sell your drug in this country, you fess up and make all of your data available for independent, confidential expert scrutiny – warts and all. If you prefer to be more economical with the truth, find yourself another market.

One could be forgiven for thinking that everyone is at it. This time last year the BDA believed that even the GDC was ‘at it’ in the sense that it had failed to provide all of the data required for a fair and informed consultation to take place on the proposal for the biggest ARF increase in its history.

There are also growing concerns voiced by a variety of bodies, including the GDC, MHRA and the BDIA, that the UK dental professional market is being infiltrated by equipment, materials and instruments that are not what they purport to be. Some dentists are buying these products blissfully unaware they are being deceived, while others may be taking a more informed and deliberate commercial decision.

Either way, is this so very different from all the other manifestations of selling a goose on the understanding that it is a swan? And if I buy something that looks like a goose, and also smells, tastes and quacks like a goose, what responsibility do I have to ask the necessary questions if I buy it and call it a swan anyway? It saddens me to conclude that perhaps we all just need to be less trusting, more sceptical and questioning, and more demanding both as consumers and as professionals.

On reflection, I don’t think I will be losing any sleep over that ‘sh*t shortage’ predicted by the Oxford researchers. There appears to be more than enough of the stuff in circulation to last us well into the future. Pass me that shovel when you have finished using it.