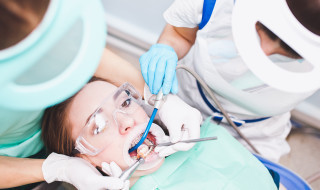 A seven-day-a-week NHS should not be introduced just to help people with ‘busy lives’, a senior Conservative MP told ministers.

Sara Wollaston, the chairwoman of the Commons Health Select Committee, said a case could be made for a seven-day NHS if it cut weekend deaths and unnecessary hospital admissions and improved quality.

But, during a Commons debate, she added: ‘There is another aspect, which is more difficult.

‘When resources are very restricted, should we prioritise access to primary care out of hours for people who would prefer to be seen at the weekend than mid-week?

‘I am sure we all understand that – in our busy lives, it is sometimes difficult to take time off work – but it might not be the priority when resources are tight.’

Ms Wollaston, a former GP, said there was ‘genuine concern’ in her Devon constituency about the impact of taking resources away from existing services.

And she said: ‘We should focus on other priorities at this stage and be clear that there are other risks, such as undermining other out-of-hours services.’

However, within hours of the debate, the Department of Health confirmed that a new contract would be imposed from August next year, defying doctors’ and dentists’ leaders.

The British Dental Association (BDA) has questioned whether a seven day service for dentistry is ‘financially or logistically viable’, given the NHS funding squeeze.

And he said: ‘No indication has been given as to how the rest of the NHS and wider social care provision will be reorganised to provide appropriate care and support for patients.

‘For consultants to be asked to work and, for instance, to find themselves without access to specialised dental radiography cannot be considered to be in the benefits of either consultants or patients.’

The BDA also warned of a repeat of ‘short-sighted efforts’ to require GDS dentists to open surgeries ‘on days and at times of no historical patient demand’.

Mr Hunt did not join Monday’s debate, which was prompted by an e-petition to Parliament calling for him to be subject to a vote of no confidence by MPs.

But Ben Gummer, his deputy, said the independent doctors’ and dentists’ pay review body had recommended reform of ‘the systems of opt-out and on call’.