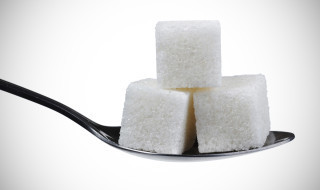 Urgent changes at the highest level are needed to address the UK’s deteriorating oral health from sugar consumption.

These calls came from the British Dental Health Foundation (BDHF), which has backed a campaign from TV chef Jamie Oliver against the use of excess sugar in foods.

“These figures are alarming but are unfortunately only the tip of the iceberg when it comes to the effect sugar is having on dental health.

‘Tooth decay is the number one reason for hospitalisation in children and while we cannot blame the food and drink industry entirely, they do have to take a sizeable portion of the blame.

We believe that if decisive action is not taken soon, then all of our dental health, not just children’s, will continue to suffer the consequences.

‘Mr Oliver has highlighted the fact that 26,000 primary school aged children were admitted to hospital due to tooth decay last year, with children tooth extractions costing the NHS around £30 million per year, the key cause being tooth decay.’

The celebrity chef has drawn up ‘Jamie’s Sugar Manifesto’ and the measures the British Dental Health Foundation endorses, include:

‘We now have the public’s attention in the battle against sugar more than ever before and need to use this platform to force through important changes,’ added Dr Carter.

‘We cannot trust the food and drink industry to make the necessary changes themselves – more radical action is required.

‘We are supporting all of the measures that Mr Oliver has set out in “Jamie’s Sugar Manifesto” and believe lobbying the Government for the introduction of these can make a serious difference to our dental health.’