Fluoridating drinking water could reduce financial burden on the NHS 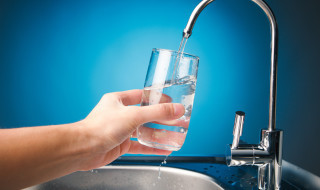 Fluoridating drinking water could reduce financial burden on the NHS

‘This new research reinforces what we have known for a long time regarding the benefits that fluoride can have on children’s teeth, while also emphasising the fact that fluoridation has no negative impact on general health,’ chief executive of the British Dental Health Foundation, Dr Nigel Carter OBE said.

‘By introducing fluoride into our drinking water we can help to prevent tooth decay, one of the most common chronic diseases in both children and adults in the UK.

‘Currently only around 12% of the UK population live in areas that have fluoridated water and the NHS has to pick up the burden when it comes to the consequences to our teeth, I can speak from personal experience having practised for many years on the borders of fluoridated Birmingham and the then non-fluoridated Sandwell.

‘The difference in child oral health either side of the dividing road was immense.’

The research found 55% fewer admissions for tooth extractions in areas that have fluoridated schemes in place compared with those that don’t.

‘Countless reports have been published throughout the world about fluoride,’ Ben Atkins, clinical director of Revive Dental Care and trustee of the British Dental Health Foundation, said.

‘After many years, the scientific conclusion is that fluoride toothpaste and correctly fluoridated water are of great benefit to dental health, help to reduce decay and cause no harmful side effects to general health.

‘Practising as I do in the north west of England, an area with some of the highest levels of decay in England, the reduction in suffering that would be caused by water fluoridation is immense.

‘We have to face facts, we are facing a crisis when it comes to our kid’s teeth and decisive action needs to be taken sooner rather than later as a struggling NHS cannot shoulder this burden forever, fluoridation schemes offer an easy and harmless way of improving our children’s dental health.’