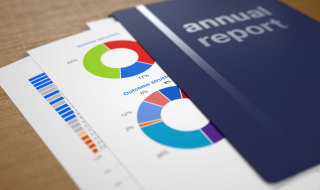 The PSA has concerns over the performance of the GDC in its annual report on the regulators it oversees.

The Professional Standards Authority (PSA) sets 24 Standards of Good Regulation and found that all its regulators performed at least ‘adequately’ against ‘most’ of these standards.

But it has concerns that some of its regulators (including the GDC) are not performing to the required standard.

The General Dental Council (GDC) did not meet seven of the required standards, mainly those dealing with fitness to practise (FtP) procedures.

In particular the GDC did not have adequate processes in place for managing risk.

It did not meet the standards on progressing cases without undue delay and providing ‘good customer care’ for all those involved in such cases.

The PSA says the GDC had a ‘challenging year’ in 2014/15, with one of the greatest challenges being the case brought by the British Dental Association in the courts.

The PSA has asked the GDC how it intended to ‘re-engage’ with those dentists who were ‘disaffected’ with the annual retention fee (ARF) increase.

The GDC’s reply was that it had opened a ‘dialogue’ with the profession, an explanation which appeared to satisfy the PSA.

In his foreword to the report, the PSA chief executive, Harry Cayton CBE, said there was a ‘continuing need for serious regulatory reform more radical than that proposed by the Law Commission (last year).’

He hoped that the new Government would proceed with bringing a Bill before Parliament ‘that is focused on public protection and simplification of professional regulation.’

He closed by saying that the PSA had been ‘pleased’ to support the work of the Health Committee, which, Cayton said, had an ‘important role in commenting on the effectiveness of the regulatory system’.