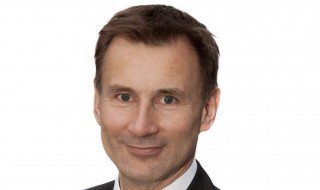 Swift action to end unnecessary fitness to practise cases must be a priority for the new Government, the General Dental Council (GDC) has said.

The regulator has written to Health Secretary Jeremy Hunt, urging him to overhaul regulation of the profession after fierce criticism from dentists in the last parliament.

And it has urged Mr Hunt to focus on protests that too many everyday complaints are being treated as far more serious matters threatening patient safety.

The British Dental Association (BDA) has led criticism about the failure to resolve complaints at a local level, to avoid both dentists and patients being ‘left in limbo’ as fitness to practise cases drag on.

The controversy was also raised by MPs on the health select committee, earlier this year, when the GDC insisted only the Government had the power to act, by changing legislation.

Now William Moyes, the GDC’s chairman, has written to Mr Hunt to stress the need for urgent reform to find an alternative way of investigating less serious cases.

The letter points out that fitness to practise processes are ‘adversarial in nature’, which means they can be stressful for patients and dental professionals.

Mr Moyes said: ‘We extend our congratulations to Jeremy Hunt on his reappointment.

‘We have reached a crucial point in the debate on the future of professional regulation and action is now required.’

The GDC said the Department of Health should build on work done by the Law Commission to develop new rules to allow regulators to be ‘more proportionate and responsive to patients’ needs’.

It pointed out that it was currently operating under a ’30-year-old framework’, adding: ‘Priority must now be given to pressing ahead with legislation to give effect to this work.

‘In combination with weak arrangements for local resolution, many complaints find their way into its fitness to practise processes, which could be better dealt with elsewhere.’

Mr Hunt was urged to get ‘patient groups, the dental faculties, trade unions and other representative bodies round the table to develop a solution.’

The BDA has called on Mr Hunt, to tackle the ‘unfinished business’ of overhauling professional regulation, by launching a fundamental review.