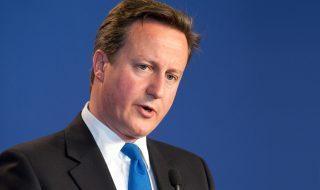 David Cameron called for a ‘completely new approach to public health and preventable diseases’ this morning.

He also spoke about measures to stop patients being ‘bounced around’ the health system, but made no reference to oral health.

With tooth decay the leading cause of hospital admissions among children the British Dental Association (BDA) has called for real joined-up thinking that can reap benefits for patients and the taxpayer.

‘Tooth decay remains the leading cause of hospital admissions among children, and the Government must recognise that comes with a human and very real financial cost,’ Mick Armstrong, chair of the British Dental Association, said.

‘When it comes to other health professions, the Government is talking sense about lessening bureaucracy, doing away with meaningless targets and keeping patients out of hospital wherever possible.

‘But until decision makers show their intention to make dentistry part of this debate we will still see children admitted to hospital for treatment that could be delivered by a dental practitioner, at less cost to the taxpayer and far less distress to the patient.’

‘Successive governments have failed to even consider “oral health” as a part of the “health” agenda.

‘This government must not make the same mistake.

‘The focus on prevention and public health is the right one, but dentistry cannot and must not be left out of that debate.’