Nothing in government manifestos for dentistry 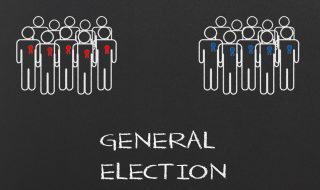 Nothing in government manifestos for dentistry

Dentistry is not mentioned once in any of the general election manifestos of the big three Westminster parties.

In 2010, the issue was given prominence in the Conservative plans for government, which pledged a new dentistry contract that did not focus on ‘simply the number of treatments achieved’.

The Coalition Agreement – struck between the Conservatives and Liberal Democrats – then pledged the contract would be introduced by May’s election.

It would ‘focus on achieving good dental health and increasing access to NHS dentistry, with an additional focus on improving the oral health of schoolchildren’.

However, the contract has not been introduced, with health minister Dan Poulter admitting, last year, that the progress of trials had been ‘frustratingly slow’.

Recently, both the high number of children being admitted to hospital with dental caries and the performance of the General Dental Council have become controversies at Westminster.

Nevertheless, dentistry does not warrant a mention in the manifestos of either the Conservatives, Labour or the Liberal Democrats.

The only mention in the UKIP manifesto is in connection with creating a National Homeless Register to ‘make it easier for those of no fixed abode to get access to medical and dental services’.

Asked about the omission, a Conservative spokesman pointed out that trials of the new contract had been carried out at 94 dental practices, with fresh pilots – to align ‘financial and clinical incentives’ – to follow in this financial year.

Meanwhile, inspections by the Care Quality Commission (CQC) were being scaled back, as pledged, with 10% of services – those ‘seen as a cause for concern’ – now to be targeted.

The spokesman said: ‘We will promote access to high quality, preventative NHS dentistry through reform of the existing dental contract and the introduction of independent inspections of dental practices.’

Dentistry asked both Labour and the Liberal Democrats about the lack of policies outlined in their manifestos, but neither party provided a response.