Are we dealing with creeping normality? 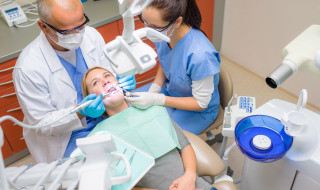 Are we dealing with creeping normality?

Nigel Jones takes a look at how the forthcoming planned changes within NHS dentistry may or may not creep up on NHS dental professionals.

It was about a year ago when language such as ‘sophisticated transition’ started being used in respect of the planned reform of the NHS dental contract. Although this approach has been positioned as a positive in respect of avoiding the massive upheaval that accompanied the last major contractual reforms, for others it might be seen as a way of introducing significant changes to NHS dentistry by stealth, relying on time-poor dental professionals not taking a moment to pause and reassess the slowing changing trends in the NHS environment.

Take for example The Dental Quality and Outcomes Framework (DQOF), a concept that has survived the pilot stage and will feature heavily in the new prototype contracts commencing in September.

Gradually, monitoring and measurement of performance against the NHS dental contract is something that contract holders are becoming increasingly familiar with. But unlike the general practitioners who were able to increase their income through achievement against their QOF, the only way for most contract holders with the dental version, is down with up to 10% of the contract value at risk due to underachievement against a set of indicators.

That’s not to say that I’m against the concept of measurement, but typical dental practice life can get very busy, so time needs to be invested wisely in measurement.

The danger is that the cost-benefit analysis of the effort involved in staying on top of the quality assurance framework, or the DQOF, will only be welcome reading for NHS England and a few practice owners. On the other hand, at least the dental quality assurance framework, being applied to the current contract, is giving dental professionals a clue as to the shape of the new world, and forewarned is forearmed.

The Friends and Family Test

Also, something that might, on the face of it, seem rather harmless is the Friends and Family Test. At one level it’s hard to argue with the concept of assessing patient satisfaction and indeed, it’s a requirement of the Care Quality Commission (CQC) anyhow. Also, it’s based on a well-established concept, Fred Reicheld’s net promoter, of which I am a fan.

I think it can be a useful way of looking at trends in patient satisfaction for individual organisations, especially as it provides early warning of any deterioration – allowing evasive action to be taken before too much damage is done.

However, I’m deeply uncomfortable with the potential for it to drive competition between NHS providers, particularly NHS dentists, through the creation of league tables. There are just too many variables for such a methodology to be reliable and there is a risk that all it achieves is to crank up the pressure on NHS dentists a notch further, both in terms of the time taken to monitor and record the score, and in terms of the fear of the implications of an unfair ‘below average’ result.

I should stress overall that I fully subscribe to the view that any government should be taking steps to ensure it is getting value for money on behalf of the tax payer. But I am concerned that, combined with the austere future ahead of us, there is an increasing potential for the NHS dental contract being managed in a way that is all about cost and less about effectiveness (in terms of patient and dentist satisfaction). For me, value for money is about cost-effectiveness.

An efficient and cost-effective NHS

With the ever-increasing regulatory pressures on the dental profession, the cynics might argue that they are less to do with patient safety, important though that is, and more to do with improving the cost-effectiveness of the NHS delivery model.

For small teams, the challenges of absorbing all the extra demands may well prove too much, from both a cost and a resource point of view and, given many of the more vulnerable practices are situated in rural locations, many NHS patients may feel that the cost in terms of reduced accessibility is not worth the hoped-for efficiency gains. In time, this will result in a rounding up of single-handed practices into more efficient, multi-handed practices.

For those battling to maintain their loyalty to both excellence in patient care and the ideals of the NHS, these will be testing times.

Attempts at deriving more value for money from NHS dentistry will only increase, both now and for the foreseeable future. And while it would be marvellous to think that this can all be achieved through the innovative reconfiguring of services and the enhancing of pathways, many believe that it is the dentists, both associates and practice owners, who will be increasingly squeezed. Especially since the end of the contract reform tunnel is looking further away and gloomier than some of the early feedback from the pilots might have suggested.

Of course, with a change of government looming and the rapidly escalating challenges of managing the wider NHS effectively in this era of austerity, there is a chance that change will happen abruptly, in a way that can’t be missed, as it was in 1990, 1992 and 2006. But for now the present contract reform programme envisages no such rapid change, lending itself to the more gradual type of change.

So, it will be fascinating to see over the coming months and years how many will decide to take matters into their own hands by assessing the feasibility of a move away from the NHS and how many will stay put.

For many of the latter, this will be a positive decision to persevere, comfortable that their expertise at adapting to new circumstances will allow them to balance the cost and effectiveness sides of the equation. Others, however, may be too busy (and possibly exhausted) with the day job to properly notice and access the slowly creeping normality of change on their business and profession until it’s too late.