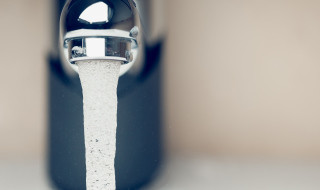 The British Dental Association (BDA) has thrown its weight behind discussions that could lead to the fluoridation of public water supplies in Hull.

The measures would see Hull residents join the 5.5 million people in the UK who benefit from drinking fluoridated water – whether naturally occurring or artificially­ topped up – at the optimal level for good teeth.

Research indicates that 43.4% of five-year-olds in the city have tooth decay compared with about 28% nationally.

Birmingham, which introduced water fluoridation half a century ago, saw child tooth decay fall by almost half in the first six years.

The BDA’s scientific adviser, Professor Damien Walmsley, said: ‘The BDA supports targeted fluoridation in those areas of the country most in need, and this initiative would represent a lasting investment in the future health of Hull.

‘It’s imperative that the city has a serious debate which it is hoped will lead to a successful outcome in favour of fluoridation.

‘It’s also an opportunity to heed the British Society of Paediatric Dentistry’s health warning that limiting access to water fluoridation means we are failing children who live in communities with high levels of tooth decay.

‘The facts are that fluoridation is safe, and is by far the most cost-effective means of reducing the significant inequalities that exist between communities with the best and worst dental health.

‘And, frankly, when over 40% of Hull’s children are experiencing tooth decay, it’s right and proper that it’s on the table.

‘Fluoridation helped Birmingham turn child tooth decay around in six years, and Hull can do the same.’

A study published in the British Dental Journal (BDJ) (Elmer, Langford and Morris, 2014)last year also showed that young people living in fluoridated West Midlands are far less likely to be admitted to hospital to remove decayed teeth than those living in the north west, which is not fluoridated.

Former health secretary and local MP, Alan Johnson, and health and wellbeing board chairman, Colin Inglis, are reported as supporting the scheme (www.hulldailymail.co.uk, 2015), which if implemented would cost around 40p per head on an annual basis.

This compares very favourably with the high cost of treating tooth decay, as well as sparing many young people needless pain and suffering, days lost from school or work, and the health risk of a general anaesthetic if they have to be admitted to hospital to have decayed teeth removed.

The authors of the BDJ report estimate that the savings could be even greater if water fluoridation were implemented on a regional basis.

If the north west were fluoridated, they say, the NHS would save at least £4 million annually on the reduced need for hospital admissions.