GDC to co-operate with NHS England 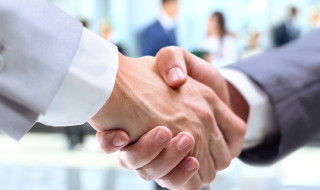 GDC to co-operate with NHS England

The General Dental Council (GDC) and NHS England will launch a pilot scheme, which will aim to ensure that concerns about a dentist’s NHS performance can be handled locally rather than going through fitness to practise procedures at the GDC.

The aim is to focus GDC resources on cases ‘where patients are at risk and a registrant’s fitness to practise may be impaired.’

Let us hope that, from the pilots, a new approach will be developed that ‘can be rolled out on a national basis’.

The GDC’s stated aim is to ensure that it deals only with fitness to practise cases ‘whilst the NHS deals with other issues of performance management’.

That is as it should be, although it does beg the question as to why this was not considered before, rather than just hiking up the annual registration fee, following a flawed and illegal consultation and expensive court case.

If an NHS contract holder has done something that is in breach of the conditions of the contract, then it is the NHS that should be responsible for taking action, not the GDC.

This is true not just in England but across the UK.

The specific problem in England (and Wales) is that so few dentists hold an NHS contract (less than 20%).

The GDC can only take action against the dentist (or dental care professional) who carried out the treatment.

By the time a case is heard the associate may well have left the practice, or even the country.

But this may all be changing, with some practice owners being held liable by the courts for acts of their (self-employed) associates, rather as they would be if they were employees.

I was therefore interested to read in a national newspaper of the case of a patient paid a five figure some in compensation for the distress she had suffered.

The clinical director of the corporate involved took responsibility for ensuring that through recruitment and training the highest standards were maintained.

The case was not referred to the GDC; it was dealt with, correctly in my view, locally by the practice involved.