Mick Armstrong has been re-elected as chair of the PEC 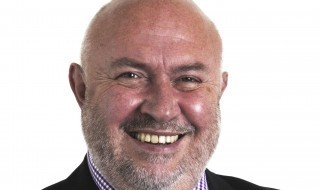 Mick Armstrong has been re-elected as chair of the PEC

The British Dental Association (BDA) has recently announced that Mick Armstrong has been re-elected as chair of the Principal Executive Committee (PEC).

The PEC, which is directly elected, sets the policy and strategic direction of the BDA.

Mick has been a member of the PEC since its inception in July 2012, and was first elected chair in March 2014.

He was re-elected unopposed.

Mick Armstrong said: ‘I am privileged to have been re-elected as chair of the Principal Executive Committee.

‘This last year has seen our profession take a stand.

‘We’ve united to defend the pay and conditions of the next generation of dentists.

‘We proved that our inefficient and ineffective regulator acted unlawfully.

‘I set out to serve this profession, and show that together we can make a difference.

‘And that work goes on.

‘My thanks go out to every BDA member whose support has made this possible, and to staff and my fellow PEC members for their unrelenting commitment.

‘We have shown our mettle, our resolve, and our expertise.

‘We will need more of the same if we are to build a better future for our profession.’