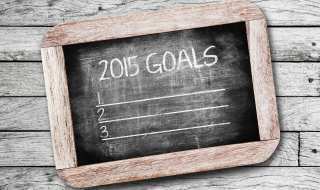 Seventeen days is the average period during that we adhere to New Year’s resolutions apparently.

So by this time in January most of us will have consigned those we made to history.

There are, however, people in two organisations that should have made resolutions for 2015 and be sticking with them.

The first concerns those in charge of the NHS contract discussions, whether this is the outgoing CDO, Barry Cockcroft, or whoever is picked to seize that ‘poisoned chalice’.

Maybe the minister or someone in NHS England holds the key to unblocking what looks like a mighty impasse.

It is now nearly five years since the coalition agreement said that a new ‘dentistry contract’ would be brought in during this Parliament, a promise that will be broken.

It is over four years since Earl Howe said that a new contract would be piloted and three years since the first pilots were set up.

Now we move into yet more pilots, the ‘prototypes’, which are unlikely to be rolled out much before the 2020 general election.

The feedback I receive from those in the pilots is that they work clinically, but are not financially viable.

So resolution number one, to whomsoever it may concern: ‘Accept that it will never work and change the existing one so that it is more acceptable, or make changes and accept the consequences.’

Next is a resolution for the General Dental Council (GDC).

It is receiving 3,000 complaints a year, leading to the massive hike in annual retention fee (ARF).

But few of these reach the stage of fitness to practise hearings, where the megabucks are spent.

So just what is the GDC’s role?

Is it an organisation dealing with complaints from the public, like the customer services desk at a supermarket?

Or perhaps that’s what the GDC’s own Dental Complaints Service is, which resolves complaints about private practice in a matter of days not months?

Or is the GDC an investigatory body charged with weeding out the (very few) dentists who are a danger to the public?

Perhaps the new collaboration between NHS England and the GDC over how NHS complaints can be resolved locally means the GDC has adopted this approach.

With demand for dentistry so high, many in the profession are overworking to keep up. Lauren Long explores what this…