FGDP(UK) responds to the ARF rise and the judicial review 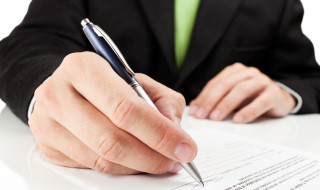 FGDP(UK) responds to the ARF rise and the judicial review

The Faculty of General Dental Practice (UK) has followed closely and with significant concern the judicial review of the General Dental Council’s (GDC’s) consultation on the annual retention fee (ARF) and has issued the below response.

The judicial review was initiated by the British Dental Association (BDA) in response to the GDC’s proposal to make a substantial increase to the ARF for dentists.

As one of the UK’s largest dental membership organisations, this is an issue that impacts on all of our members and has ramifications across the whole profession.

We believe that it is essential that the GDC, like all regulators, is lawful, transparent and fair in its dealings with the profession.

This must include a commitment to ensure that all processes, including consultations, are conducted in a way that is unimpeachable and facilitates full engagement by the profession and stakeholders.

The recent judgment by Mr Justice Cranston states that the GDC failed to follow its own processes and did not consult appropriately before taking the decision to raise the ARF.

The conduct of the GDC with regard to the ARF has had a considerable impact on the confidence of the profession in its regulator, and the FGDP(UK) calls on the GDC to take major steps to rebuild trust from within the profession.

Notwithstanding the outcome of the judicial review that the increase in the ARF may remain, we would urge the GDC to give careful consideration to its position regarding the ARF decision given that its consultation has been judged unlawful.

Concerns raised by the Professional Standards Authority’s review of the GDC published in June 2014, and in a Parliamentary debate on the GDC on 9 December 2014, adds further weight to an urgent need for the GDC to address widespread discontent in its current position.

Trevor Ferguson, FGDP(UK) dean, said: ‘Patients and the profession need a dental regulator in which they have both trust and confidence.

‘We have shared the concerns of FGDP(UK) members over the significant rise in the ARF, and we are alarmed to learn that this decision was taken on the basis of an unlawful consultation.

‘We support the need to protect patient safety and confidence in the dental profession through appropriate and effective fitness to practise (FtP) procedures.

‘However, we believe that the GDC must now review the data that underpins the decision to raise the ARF, and also consider whether the Government’s decision to approve the proposed amendments to the GDC’s FtP processes may lessen or indeed negate the need for such an increase.’

16hr Private Dentistry
Dentistry Online uses cookies to give the best experience. If you continue to use our site, we will assume that you agree to the use of such cookies. Read More.
Accept