Judge rules in favour of BDA but the ARF stands 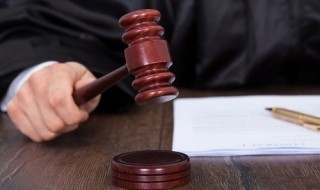 Judge rules in favour of BDA but the ARF stands

News and facts:
Mr Justice Cranston, has passed judgment after the British Dental Association (BDA) called for a judicial review of the General Dental Council (GDC)’s consultation on the Annual Retention Fee (ARF).
The judge found there was a procedural error in the ARF level consultation, vindicating the BDA’s decision to formally question the massive hike in annual retention fee forced on the profession by the GDC.
The result of the judicial review, initiated by the British Dental Association, appears to search for a middle ground according to Dentistry magazine, because it as not strong enough in judgment to immediately force the dental healthcare regulator to reverse its call for a 50 times inflation rise in annual retention fee (a £15 million gross increase in fees).
This adds to another a bad month for the GDC after it was criticised in parliament last week by the government minister response for professional regulation Dan Poulter.

Demonstrating the strength of spin, the BDA claims the GDC is deemed to have acted unlawfully on seeing professional fees, but gets to keep its ill-gotten gains. While the GDC said it recognises that Mr Justice Cranston found there was a procedural error in the ARF level consultation, but it is ‘pleased that he also recognised that the GDC has to be properly funded in order to carry out its duties to protect the public and that the error was not serious enough to require him to quash the consultation and the new fee.’
Dentistry magazine hopes these opposing views do not confuse an easily irked public if this story goes national.
The dentists’ union was awarded costs, and has now called on government to act on inadequate health regulation.
Dentistry magazine reminds dentists that the deadline for payment of the 2015 ARF is 31 December 2014 and a failure to pay by this date will result in registration being withdrawn.

BDA view
The British Dental Association (BDA) initiated Judicial Review proceedings to prevent the regulator implementing a staggering £15 million pound increase to the fees levied on the dental profession. It said, ‘the troubled regulator has been taken to task by the Professional Standards Authority and parliament. In a parliamentary debate Health Minister Dr Dan Poulter, confirmed that he had “not been presented with compelling evidence to justify the increase’ and called on the GDC to make ‘significant improvements’. Sir Paul Beresford MP, who called the debate, accused the regulator of operating a ‘bunker mentality’.
The BDA has written to the Department of Health to outline the worrying implications of this case.
Mick Armstrong, chair of the British Dental Association, said: ‘We regret that it came to this, but there was so much more at stake here than just fees. We’ve seen patients and practitioners left in limbo for over 18 months when complaints are raised, and hearings with an average price tag of £78,000. We had to take action because health professionals should not have to subsidise failure at their regulator.
‘Today a judge singled out a ‘gaping hole’ in the GDC’s arguments. The regulator demonstrated it wasn’t clear on its own powers and claimed it was facing ‘administrative chaos’. And that utter confusion has allowed it to escape the full weight of the law.
‘This super-sized fee rise still stands, and now serves as a monument to the failures of health regulation. This case has revealed that a regulator, unaccountable to government, can be found to have acted unlawfully but still walk away with its ill-gotten gains. We are now looking to the government to act.
‘The chaos at the GDC serves as a warning to all healthcare professionals. The Prime Minister once called for action on the ‘outdated and inflexible’ laws applied by our regulators. It’s time for the government to honour that pledge, in full.’

GDC view
The GDC recognises that Mr Justice Cranston found there was a procedural error in the ARF level consultation.
GDC said it has tried to be as transparent as possible and this was noted by Mr Justice Cranston in his judgment when he stated: ‘However, and to its credit, a constant theme of the GDC’s public announcements has been a commitment to a transparent consultation.’
We acknowledge the court’s view that we could have provided more information to explain our projections for fitness to practise hearings. It is for this reason that the consultation was deemed unlawful.
‘We welcome the fact that the judge decided to confirm the fee regulations for 2014 which means that the ARF of £890 remains valid.
Then said it is pleased that the judge also recognised that the GDC has to be properly funded in order to carry out its duties to protect the public and that the error was not serious enough to require him to quash the consultation and the new fee.

Faculty view
The FGDP(UK) believes that the GDC must review its decision to raise the ARF to its current level given that the judicial review has found the ARF consultation to be unlawful.
This review is necessary to rebuild confidence in the GDC by the profession.
It would also be prudent in light of the potential impact of the Government’s approval for the GDC to change FtP processes.
The Faculty of General Dental Practice (UK) has followed closely and with significant concern the judicial review of the General Dental Council (GDC)’s consultation on the Annual Retention Fee (ARF), initiated by the British Dental Association in response to the GDC’s proposal to make a substantial increase to the ARF for dentists.
‘We believe that it is essential that the GDC, like all regulators, is lawful, transparent and fair in its dealings with the profession. This must include a commitment to ensure that all processes, including consultations, are conducted in a way that is unimpeachable and facilitates full engagement by the profession and stakeholders.
‘Today’s judgment by Mr Justice Cranston states that the GDC failed to follow its own processes and did not consult appropriately before taking the decision to raise the ARF. The conduct of the GDC with regard to the ARF has had a considerable impact on the confidence of the profession in its regulator, and the FGDP(UK) calls on the GDC to take major steps to rebuild trust from within the profession. Notwithstanding the outcome of the judicial review that the increase in the ARF may remain, we would urge the GDC to give careful consideration to its position regarding the ARF decision given that its consultation has been judged unlawful. Concerns raised by the Professional Standards Authority’s review of the GDC published in June 2014, and in a Parliamentary debate on the GDC on 9 December 2014, adds further weight to an urgent need for the GDC to address widespread discontent in its current position.’
Trevor Ferguson, FGDP(UK) Dean, said: ‘Patients and the profession need a dental regulator in which they have both trust and confidence. We have shared the concerns of FGDP(UK) members over the significant rise in the ARF, and we are alarmed to learn that this decision was taken on the basis of an unlawful consultation. We support the need to protect patient safety and confidence in the dental profession through appropriate and effective Fitness to Practise (FtP) procedures. However, we believe that the GDC must now review the data that underpin the decision to raise the ARF, and also consider whether the Government’s recent decision to approve the proposed amendments to the GDC’s FtP processes may lessen or indeed negate the need for such an increase.’

Dentistry.co.uk editor’s opinion
GDC and BDA have officially fallen out over this matter with the GDC press release failing to ‘copy in’ key BDA officials.
Dentistry magazine is also very concerned that the GDC has nailed its colours to the mast in terms of setting registration fees and consultation. I am uncomfortable the GDC has these powers and is prepared to exercise them and force through such an pernicious increase even after a judge found the supporting bureaucracy to be erroneous.
In the new year Dentistry magazine and editor Julian English will be calling on the GDC to start a full review of its procedures and activities in the last 12 months. This should start before the section 60 order is read and should also include the rationale and funding for the renovation works at 37 Wimpole Street.