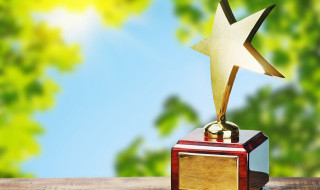 The Medical and Dental Defence Union of Scotland (MDDUS) has been awarded the prestigious Carbon Trust Standard for its success in reducing carbon emissions.

A campaign, spearheaded by the company’s staff, achieved a reduction of 3.2% in carbon emissions at its Glasgow headquarters between 2012 and 2013.

Overall gas usage fell by 12%, while energy costs were slashed by a quarter.

MDDUS staff vehicles for the Glasgow office also recorded a drop in fuel consumption of almost 4%.

MDDUS chief executive professor, Gordon Dickson, said: ‘I am very proud that MDDUS has been awarded the Carbon Trust Standard following a committed campaign led by our staff over the past year and a half.

‘This reflects the union’s commitment to sustainable, responsible business practices both now and in the future.

‘We hope this award will be valued by both our staff and our members and will be taken as a sign that we take our corporate social responsibilities seriously.’

The standard is a mark of excellence awarded by the Carbon Trust in recognition of a company’s efforts to reduce its carbon footprint.

It is valid for two years and firms who want to retain it must continue to cut emissions year-on-year.

The success follows 18 months of hard work by members of the MDDUS carbon group, which was set up in January 2013 with the goal of implementing more environmentally friendly business practices in its Glasgow offices.

Over this period, the company and the carbon group have introduced a number of new measures,including the installation of energy efficient lighting, a heating system upgrade, improved insulation of windows, a move to petrol company vehicles and a staff awareness campaign.

It’s hoped the scheme will be extended to MDDUS offices in London in the near future.

Darran Messem, managing director certification at the Carbon Trust, added: ‘It is genuinely impressive to see such a well mobilised internal team, focused on creating and delivering reduction strategies to achieve the standard.

‘We congratulate the team at MDDUS for all their hard work, which serves to show other organisations what can be achieved through a focused approach.’