The NHS evolution and your options 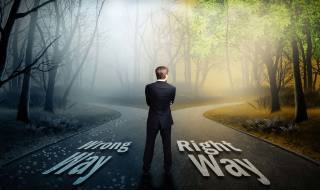 The NHS evolution and your options

Nigel Jones discusses NHS dentistry, its evolution and what it could mean for NHS practitioners and their options for the future.

Although a precedent exists for a significant change to NHS dentistry in the run up to a General Election, with the infamous July 1992 fee cut, no one is seriously expecting anything dramatic to happen this side of 7 May 2015. After then, the challenges laid out in late October by the chief executive of NHS England, Simon Stephens, in the new NHS Five Year Forward View blueprint mean anything could happen.

However, for now, it is right that the profession keeps the debate about NHS dentistry going and explores different options for its future evolution. A good example is the alternative contract reform proposal put forward by a group of northern local dental committees (LDCs) and explored at a recent General Dental Practice Committee (GDPC) meeting.

Building on some of the positives of the pilots, such as the preventive approach fostered by the care pathway and oral health assessment, the proposal seeks to put forward different ways of structuring a contract to align the incentives for all concerned – patients, the profession and the NHS.

There will inevitably be different points of view within the profession as to the relative merits of the elements that make up the proposal, but it is already rendered a success through the fact that it has prompted considerable discussion already and has engaged some who may have been previously disinterested.

As John Milne said in the aftermath of the GDPC meeting: ‘The case for change is now irresistible. We will ensure that these ideas are considered in our ongoing discussions with the Government as we work to forge a workable alternative that the profession can unite around. We have an historic opportunity here to turn the page on activity targets and put prevention at the heart of dentistry.’

It would be very easy for the cynics to dismiss such statements as worthy but misguided and naïve in the face of a Government that would view the current contract as successful through the capping of the NHS dental budget. However, this particular cynic might argue that such views miss the point, that the real battle over NHS dentistry may well be fought in the public relations arena.

It’s coming up for 25 years since I first started working with the dental profession, helping many NHS practice owners escape and forge a future outside of what was then called ‘the new contract’. Back then, practitioners were telling me that the changes to NHS dentistry amounted to ‘constructive dismissal’ from the health service with the Government ‘forcing’ dentists to go private while claiming the moral high ground over those motivated by money and not patient care.

This time around, those huge and immediate financial challenges facing the wider NHS mean I would not put money on the Government feeling inclined to invest upfront in a preventively orientated contract with a possible pay back in the longer term. Therefore, although there is much that is up in the air about even the prototypes, let alone the final contract, it’s hard to escape the feeling that the final incarnation will lead to a return of that sense of ‘constructive dismissal’. Already, the predominant view seems to be that NHS dentists will be working harder and jumping through more hoops to earn less for more pressure. Something’s got to give and for many, loyalty to the provision of high-quality care could win out over loyalty to the NHS.

The constructive stance that the British Dental Association, through the General Dental Practice Committee, are taking on the shape of the NHS dental contract and the healthy debate that has been prompted by initiatives like the alternative contract reform proposal could, therefore, prove highly useful weapons in the PR battle that would accompany another exodus of dentists from the NHS.

Of course, it’s not a foregone conclusion that there would be such an exodus. After all, despite widespread dissatisfaction with the current contract, the sanctuary it has offered from the economic storms that have buffeted those largely operating in the private sector has proved irresistible for all but the most brave and idealistic of practitioners.

However, the times are changing. The certainty of the present contract is being replaced, in the face of continuing Government austerity, with uncertainty over the future contract. Meanwhile the evidence, from sources such as the recent Laingbuisson market report in to dentistry, suggests that the future for private dentistry is looking increasingly bright.

Control over your destiny

Without doubt, many private dental practices suffered in the face of the unprecedented economic turmoil of the past six years and it would be foolish to suggest otherwise. However, most have survived and have honed their business skills to be extremely well placed to benefit from the uplift in demand from all those customers whose budgets for dentistry are likely to loosen. Contrast that with the risk of an ‘eggs in one basket’ relationship with the single NHS customer whose budgets are more likely to tighten, in relative terms, than loosen.

In a safer environment for converting to private care, the feeling of financial and contractual freedom when it comes to determining the best way to care for patients and the most appropriate fees for such care, will prove too alluring for many. For many practitioners who have already made the leap away from the NHS, that increased sense of control over the destiny of the practice leads to levels of satisfaction that have reinvigorated careers and had wider benefits in many others areas of life. Yes, pressures come from outside forces like the Care Quality Commission and economic cycles, so it’s not all a bed of roses, but the ability to look upon the NHS contractual reform programme with mild interest rather than fear and trepidation is worth its weight in Government gold to most.

A decision to go private is not one to be taken lightly. A practice may have been built up over years, if not decades, and you do not put that at risk on a whim. It requires analysis and preparation to maximise the chance of success. Sometimes it requires patience. Almost all that have taken the step would say it’s worth it.