The buck stops there 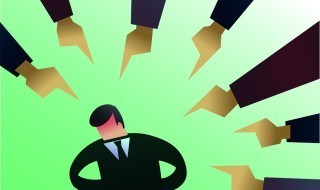 The buck stops there

Kevin Lewis looks at the current scapegoats in dentistry and how the news broke about the dentist who allegedly breached infection control procedures.

It is probably just as well that Harry S Truman, the US President who served two terms at the end of and following World War II, is no longer with us. There would be no place in today’s world for anyone who would say ‘the buck stops here’ and actually mean it.

Anyone who saw last month’s BBC documentary covering the child protection events at Haringey will probably have ended up, just as I did, not knowing who to believe. What was blindingly clear, however, was the fact that a lot of people that could and should have been held to account, slipped into the safety of the shadows and were very comfortable there, while deciding who could most easily be hung out to dry and given the sharp end of the responsibility. But I would not pretend to know enough about these events to comment. Above all, the documentary pointed the finger of blame at all of us, for being so quick to be persuaded when a convenient scapegoat is placed in front of us.

The art of survival

The thing about scapegoats is that they’re intended to carry the disease away with them, thereby bringing the pestilence to an end. In order for that to happen, the right scapegoat(s) need to be selected. The approach sometimes works best when an organisation takes the rap for the individuals within it. On other occasions an organisation ensures its own survival by sacrificing one or more people from within its ranks. In a few weeks time the outcome of the British Dental Association’s (BDA) judicial review of the General Dental Council (GDC) will be determined and we will know more about the next steps for the GDC. Whatever happens with the judicial review, there are so many other dark clouds gathering that it now seems almost inevitable that the GDC will have yielded up a scapegoat or two by the time the dust finally settles. If the judicial review is successful, the fallout could be quite widely spread. There are no prizes for guessing who is at risk and who isn’t, but the heads sought by the profession, and the tails the GDC would prefer to see disappearing into the distance for the last time, are not the same.

How sad that what is being described as the biggest look-back exercise in the history of the NHS, should feature a general dental practitioner. Let us not lose sight of the tragic event that prompted a Nottinghamshire coroner to seek this further information, this being the sudden death from acute myocarditis of viral origin of a young lady who had received dental treatment at the practice in question.

Nevertheless, and not wanting to first-guess any facts or conclusions, the bare facts are that in the public interest, NHS England announced a look-back involving 22,000 patients. As explained in blanket and somewhat sensational media coverage in the days that followed the initial announcement, this is (unusually) not a look-back in relation to a known infected healthcare worker, because here the perceived risk is stated to be of patient-to-patient cross-infection resulting from a failure to follow accepted infection control procedures. The 22,000 patients include those who happen to have received examinations and procedures of all kinds, only a proportion of which would be exposure prone procedures where there was a realistic risk of the transmission of a blood borne virus.

Much to the detriment of the dental profession and its reputation, the messaging surrounding this story was shambolic, and one wonders whether the quotes attributed to the spokespeople from the relevant public health and other authorities were correctly reported. Thousands of patients will not have been remotely reassured by the attempts to reassure them. To describe the look-back process as being recognised ‘best practice’ was only telling half the story – the control over the public message was anything but ‘best practice’ and a lot of practitioners will no doubt be reflecting on any patient that cancels their appointment or just fails to show up in the next few weeks, and wondering if this damage is attributable to the circus surrounding this look-back exercise.

The message could have been about the fact the Care Quality Commission (CQC) has found that the majority of primary care dental practices are providing safe and excellent facilities and working systems. Instead the story was that the CQC had given this practice the thumbs up, another convenient scapegoat coming into the line of fire.

The ‘no win – no fee’ law firms were quickly on top of the story and fighting for column inches and air time to promote the availability of their services. Look-backs on this scale are of course meat and drink to these firms because a patient doesn’t need to be shown to have been infected in order to claim for all the stress, worry and inconvenience caused by the look-back process itself. In the past this had very nearly resulted in group actions against some (former) primary care trusts and the NHS itself when previous look-backs relating to infected healthcare workers had yielded nothing and were felt to have been a disproportionate knee jerk reaction to satisfy misplaced public fears. This does not mean, I would stress, that this opportunistic bandwagon would automatically come to a shuddering halt outside a cashpoint, but we are accountable for the decisions we make – or we should be.

I started this column with a quote from President Truman. I will end it with a quote from another US President – indeed, the one who succeeded him in the White House. President Dwight D Eisenhower observed that ‘The search for a scapegoat is the easiest of all hunting expeditions.’  The passage of time has hopefully taught us that the search for the right one is rather more difficult.