Putting the boot in 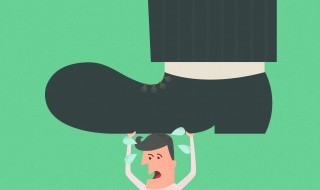 Putting the boot in

Kevin Lewis looks at the current situation in the NHS and questions whether it is heading in the right direction.

To avoid anyone thinking that I may have fallen asleep on my post, a lot may have happened on the GDC (General Dental Council) front by the time you come to read this. If that proves to be the case, it may seem a little odd that I might appear to be oblivious to it – but the joys of meeting copy deadlines for fortnightly publications are such that clairvoyancy would be needed to get every commentary to you in timely fashion. So that is an unfolding story that I will be able to return to in my next offering.

Meanwhile, we have had another few weeks of relentless finger pointing at the medical profession and all who sail in it. The half day strike by at least some NHS workers gets noticed because it is such a rare occurrence – much to the credit of the people involved who put up with an awful lot while caring for patients. The battleground is, of course, the fact that the pay of many of these front-line healthcare workers has shrunk by 20% or more in real-terms during an extended period of enforced pay restraint.

The NHS is the country’s largest employer, so anything that happens to pay levels makes a massive difference to the bottom line. I’m sure that I am not alone in having been struck by the rhetoric from the Government that it was a difficult choice between restraining pay and thereby maintaining staff levels and ‘getting more people in the front line to treat patients’ – or allowing pay to increase and having to lay off tens of thousands of staff instead. When trained and skilled NHS staff vote with their feet just to keep the bills paid, the effect for front-line patient care is pretty much the same.

It resonates very strongly with the public that nurses (in particular) are so often the pawns in this recurring joust and they do seem to get a lot more sympathy than the doctors themselves. It is interesting that medical GPs (general practitioners) seem to get a rougher ride in the media and public perception than hospital doctors (especially junior ones) on the premise that the former are getting it too easy and the latter are being worked too hard over excessively long hours.

The GP story is a confusing one. Right now, 10% of the funded and available GP training posts remain unfilled – a situation that was unthinkable just a few years ago. The Royal College of GPs points to the fact that there are about 340 million GP consultations each year and hard-pressed GPs are becoming buried in administration and holding back the ever-increasing tide of a demand that has probably now become insatiable. Patients have been reminded that they are consumers of healthcare services and they have been groomed over the last 15 years to act like consumers. The Government’s promises of your own personal, named GP available to you 24/seven in all weathers could hardly have come at a less opportune time for the GPs. It is not surprising that A&E is the other part of frontline healthcare that is creaking under the strain. The same forces are at play.

This time around another dimension was heaped onto the familiar ‘divide and rule’ story because at the height of the pay storm, the Government went on the offensive with a statement out of the blue by Jeremy Hunt, the health secretary, to the effect that hospitals are wasting up to £2.5 billion a year through medical errors and failings in the standard of care that result in re-admissions, hospital-acquired infections, prescribing/medication errors and so on. Also referring to the associated cost of compensation and litigation, which eats into precious NHS funds, he quoted a report that had been commissioned by the Department of Health and no doubt was poised for the right moment to release it. One assumes that he had been advised that such a time was right now. It is living proof that spin doctors are no less fallible than real doctors because it allowed the medics to seize back the offensive with the BMA (British Medical Association) and RCN (Royal College of Nursing) both piling in with budgets being outstripped by demand, stories of many of the most experienced staff deciding to retire early, or leaving the UK and seeking better pay and working conditions abroad. They also pointed out that medical errors and shortfalls in care standards are more likely when people are overstretched through staff shortages, tiredness, etc. Many healthcare workers at the lower end of the pay scale are having to take a second job outside the NHS to allow them to make ends meet, and it is little wonder that they are often already exhausted when they start yet another shift of caring for patients at the NHS coalface.

Peter Carter, CEO at the Royal College of Nursing, took a measured view, accepting that the health secretary’s comments were well intended, but adding: ‘Poor care is more expensive and preventing it will save money, but poor care is usually caused by a lack of investment… logic suggests that you need to invest in additional staff first, and then you will find that your short-term investment leads to longer-term savings.’

Finding a convenient scapegoat to shoulder the blame when things don’t go to plan, is nothing new. What is new, however, is the instantaneous nature of communication and the number of people that your messages can reach in the blink of an eye.

It wasn’t quite like this almost 200 years ago when the Duke of Wellington defeated Napoleon Bonaparte at the Battle of Waterloo. Historians have had plenty of time to dissect what happened and come to their conclusions, but you may have seen in the press that new life has been breathed into a story that one might have thought would have been pretty well-established by now.

Waterloo sits just south of Brussels in modern-day Belgium, but back in 1815 it was part of the Netherlands. For about 10 or 15 years Napoleon was in his most glorious days, becoming emperor of the fast-expending French empire. From about 1812 it all went horribly wrong with one military defeat after another, first in Russia, then in Spain, followed by a spectacular away defeat at the hands of a coalition of European adversaries, and finally another embarrassing defeat – this time at home, and culminating in the capture of Paris by the opposing armies.

His exile to Elba followed, but then came his ill-fated fight back. Like a punch-drunk heavyweight boxer, he really didn’t know when to quit and with the benefit of hindsight one can see very easily that his judgement must have been completely frazzled by this stage in the proceedings. He arrived at Waterloo in June 1815 exhausted. Any junior A&E doctor or hard-pressed medical GP today would understand how he felt. Is this a good day to make important decisions that might affect the health and well being of others? Probably not, and after some very questionable tactical decisions including a fateful delay in launching his attack, which gave time for his enemies to consolidate their forces, 33,000 French soldiers are said to have been killed, wounded or captured. A bit like an NHS hospital manager, Napoleon himself was said to be ‘upset’ and ‘disappointed’ when he rode away (in one piece) from the battlefield.

But the point of me telling you all this is that a recent French TV documentary has unearthed the fact that there was a crucial error in the map of the Waterloo area that Napoleon had been relying upon when planning his attack. The massed ranks of Wellington’s troops were known to be gathered around some farm buildings, which the map showed as being to the west of a road and therefore within range of Napoleon’s feared cannons as he was encamped west of Waterloo. Napoleon’s artillery pounded the site, but he was blissfully unaware of the fact that it was all hopelessly ineffectual, falling well short of the British lines. While the map showed the farm to be west of the road, and therefore closer to Napoleon’s cannons, in reality it was on the east (far) side of the road, safely out of range. The rest, as they say, is history and that afternoon, Wellington put the boot in (so to speak).

The moral of this little vignette – and its relevance to the current predicament of the NHS – is that most of the things that go wrong in life have several factors contributing to them. We very often don’t have all the facts available to us at the time when we make a decision, that come to light afterwards. Some of the things that we believe to be true are not true at all. And the bigger the stakes, the greater the need for us to be at the top of our game when making important decisions. Especially decisions that affect the lives and well-being of others.

The very worst preparation for any critical decision is a string of previous decisions that have gone our way, perhaps because we got lucky. This can breed complacency, over-confidence and a lack of caution that can end up proving to be our undoing.

So when Napoleon turned his horse back to the west, with the words: ‘Zut alors’, he might well have added (had he known at the time) ‘Un impair de plume catastrophique’ (a catastrophic slip of the quill). With a single lapse of concentration and slip of the pen, the mapmaker had committed one of the most fateful prescribing errors of the early 19th century. So Jeremy Hunt may have been right all along?