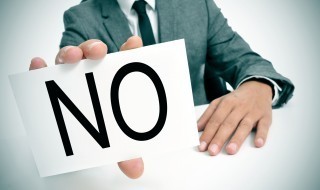 The British Dental Association (BDA) has written to the General Dental Council (GDC) to call on it to reject all three proposed options for a rise in the annual retention fee (ARF) ahead of its meeting on Thursday.

It has outlined six reasons for members to vote against the three tabled proposals, arguing that the GDC has repeatedly altered the methodology and justification for its proposals.

The BDA has revealed the regulator had painted an alarmist and inaccurate picture of rapidly accelerating complaint levels.

Documents published in June told consultees that it expected complaints to rise to 3,500 this year – however, analysis of figures in a recent KPMG review saw that figure ‘adjusted downwards throughout the budget process’.

The BDA has revealed that the options facing council members are focusing entirely on the cash held in the regulator’s reserves – options that did not feature in the consultation.

The association is now awaiting a court date following an application for a Judicial Review over the regulator’s handling of the fee rise.

Mick Armstrong, chair of the British Dental Association’s Principal Executive Committee, said: ‘The GDC’s case for a fee hike is built on sand.

‘It based its sums on historical trends that are indispensable one minute, “unreliable” the next.

‘It claims complaints are going through the roof, then suddenly we’re looking at levels identical to last year.

‘We’ve stepped into a twilight zone where zero growth in complaints warrants an unprecedented fee rise.

‘Where at the eleventh hour it reveals that the final choice will hinge not on day-to-day operations, but on the cash it holds in its reserves.

‘We have seen our professional regulator busy peddling unreliable data, and forming even more unreliable conclusions.

‘What we haven’t seen is anything resembling a credible argument for a fee rise.

‘So when GDC members gather this Thursday they can turn the page on this shameful chapter, by rejecting all three options that have emerged from this flawed consultation.

‘Then they must look to the future.

‘They have reserves to cope in 2015, and should take the opportunity to run a full, detailed and fair consultation in 2015.’

Six reasons the BDA has give to reject the ARF hike

A copy of the letter sent to the GDC is available to download.