Reaching for your personal best 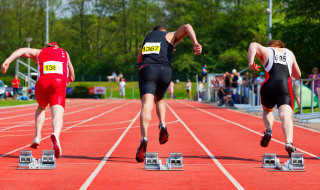 Reaching for your personal best

Nigel Jones questions where patient care fits in to the definition of success.

In amongst all of the amazing sporting occasions in the past few months, the one I ended up enjoying the most was the Commonwealth Games. This took me by surprise, as I’m more of a football, tennis and golf fan, so Glasgow 2014 was a bit of a stealth event that crept up on me.

When I tried to analyse why this could be the case, I came to the conclusion that it was something to do with honesty of emotion and breadth in the definition of success. Of course, winning was important but there were so many examples of pure joy at finishing second, third or even seventh and eighth, that it was obviously so much more than just that.

Much of that joy for the lesser placings related to personal bests, where the benchmark was not set by other athletes but by the individuals themselves. Sometimes it was because what had been achieved was miraculous against a backdrop of adversity.

Almost inevitably, and some might say sadly, this got me thinking about the definition of success from the perspective of a practice owner. What are their benchmarks and how do they evaluate if they have been successful or not?

For many practice owners, a question about their success would elicit a response that was in some way financial or a proxy to it; the size of an NHS contract, the overall practice turnover, the total number of patients on the books, how far ahead the practice is booked up, etc.

In amongst all these financial measures, there’s the question of patient care and where that fits into a definition of success.

I’ve spent much of my career helping dentists to reduce their dependence on the NHS and to create a largely private practice. Rarely has the motivation been about increasing income and, usually, it’s been about maintaining or even improving the quality of patient care.

Choosing between the NHS or private

At the start of my career, in the run up to what was then called the ‘new contract’ in 1990, there was often a significant tension between the desire of some dentists to provide the best care they could and their social conscience when it came to supporting the NHS. As someone who, in the run-up to Christmas 1990, spent an evening in a bar being berated by a medic for contributing to the decline of the NHS, I had a sense of the discomfort this tension can create.

At the time, I found reassurance in a conversation with one of the most inspirational dentists I’ve ever met, Steve Noar. Steve put forward the view that, increasingly, many dentists found themselves in the unenviable position of having to choose between being loyal to the ideals of the NHS or loyal to delivering the best quality care they could.

Clearly, individual circumstances vary and some are able to provide an excellent standard of care under the NHS. For others though, Steve’s words hold true today as much as they did 24 years ago, although the social stigma is perhaps less of a consideration. Indeed, I recently met a private dentist who explained that leaving the NHS three years ago was the only way he felt he could continue to hold his head up high in his community.

It would be a massive oversimplification to suggest this is an attitude that could be adopted by most, if not all, NHS dentists. In some parts of the country, patient demographics do not lend themselves to private practice and it could be argued that some care is better than no care.

However, although there is continued uncertainty around the next incarnation of the NHS dental contract, the signs are that something has got to give and it seems an increasing number of dentists will have to choose between striving for their personal best in patient care, or doing the best they can against a backdrop of adversity.

Want to hear more from Nigel? Join us on Twitter @practiceplan and like the company on Facebook www.facebook.com/practiceplanuk to keep up to date on news, advice and offers.