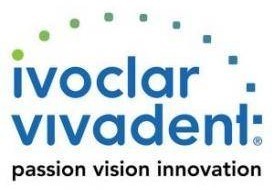 The advert kick-starts a six-month integrated campaign to drive awareness of Dentalcareplus’s accessibly priced implant treatments, which are priced at less than 50% of the cost charged by competing dental implant brands.

First aired on 20 January, the 30-second TV commercial features an approachable, light-hearted and memorable animation of the popular children’s nursery rhyme, Jack and Jill. In the commercial, Jack tumbles over, subsequently losing several teeth and fearing he will never smile again.

Jack discovers his local Dentalcareplus implant clinic and has a consultation and, in no time at all, leaves with a confident smile and new shiny white teeth. Jill is so impressed – not only with the reasonable cost of his treatment and the faultless result, renewed confidence and the wonderful new smile that Jack is sporting – that she books herself in to Dentalcareplus to replace her dentures with dental implants.

The TV commercial will air until 9 February. Concurrently, Dentalcareplus will support the TV commercial with a print campaign running in the national and regional press called ‘a 1000 smiles’, which recognises and thanks its 1000s of loyal customers across the UK and is set to run across the year alongside a variety of other promotional activities including educational pamphlets, customer giveaways, digital and social media activities and PR.

Established in 2006, Dentalcareplus is a British owned group of clinics providing dedicated dental implant treatments at exceptional value to customers across the UK. The group’s six clinics are located in London, Marlow, Bristol, Manchester, Cornwall and Plymouth.

Dentalcareplus was one of the first dental clinics to introduce dental implant treatments at an affordable price in the UK, offering a fully completed implant tooth from under £1,000.

Dentalcareplus’s London clinic was recently awarded the accolade of the British Dental Association’s Good Practice Scheme, recognised throughout the dental industry as a mark of high practice standards that include patient-centred care and the pursuit of excellence in all areas of patient treatment and practice management. Membership of the scheme demonstrates Dentalcareplus’s commitment to providing its customers with implant treatment to nationally recognised best practice standards throughout its five clinics across the UK.

Jenny Wallace, at Dentalcareplus, said: ‘Dentalcareplus is a British owned provider bringing dental implant treatments at affordable prices without compromise. We are proud in being able to bring accessible implant dentistry to a much wider audience in the UK.’

She continued: ‘Membership of the BDA’s Good Practice Scheme is evidence of our ongoing commitment in providing exceptional dental treatments and service standards to all of our customers.’

Stephen Garner, associate implant dentist at Dentalcareplus and specialist in maxillofacial surgery said: ‘I’m proud to be part of a group of clinics dedicated to bringing affordable implant dentistry to a wider range of the population given this treatment is not available on the NHS. Dentalcareplus operates a very cost efficient environment the benefits of which are passed on to its patients.’

34d
|
Private Practice
Dentistry Online uses cookies to give the best experience. If you continue to use our site, we will assume that you agree to the use of such cookies. Read More.
Accept