The BDA Conference in Glasgow took place against the somewhat surreal backdrop of the local and European elections and the progressive implosion of the government. I haven’t seen so many bits falling off a cabinet since I last bought a cheap one from MFI. One minute I was discussing that we didn’t know how long Alan Johnson would remain as Secretary of State for Health, and an hour later we couldn’t remember whether he had even been the Secretary of State for Health.
A nanosecond is a long time in politics. The speed at which Caroline Flint moved from undying loyalty to her devastating parting shot deserves some kind of formal recognition. It was also a close run thing as to whether the ‘Pay back your overclaimed expenses here’ queue was longer or shorter than the ‘Post your resignation letter here’, or ‘More time with my family’ queues.

The whole saga was like a political version of musical chairs. It could only have been better if a heavy hitter from the Department had been due to speak at this year’s Conference by videolink. We might then have been treated to the sight of one politician delivering the first part of the lecture (interrupted by ‘The Prime Minister is on the phone for you, Mr Johnson’), a civil servant standing in for the middle part, and the new incumbent being drafted in to give us the big finish. It was a far cry from the BDA Conference not long ago when Barry Cockcroft delivered a magnificent display of ventriloquism, Rosie Winterton delivering a Ministerial speech in which Barry’s lips were the only ones moving.

Jacqui Smith resigned from the Home Office, although we were left to guess which of her homes she had resigned from. It might have appeared to the untrained eye that some Ministers stayed put, but I am reliably informed that this was an optical illusion – in reality, they were being moved from chair to chair so often and so rapidly that they appeared not to be moving at all.
Through all of this, Hazel Blears was offstage, still with that slightly self-satisfied smile, and those still standing from Gordon’s inner circle were paraded before the cameras to reassure the public that all was
under control, and going quite well, actually. One such MP was foolish
enough to comment amidst the
carnage that it was ‘business as usual’. Heaven help us if he is right – it must be even worse than we thought.
I was mildly amused to see that Sir Alan Sugar has been drafted in as an adviser and business and enterprise champion, and is even to become a peer – presumably on the condition that he promises not to call Gordon into the cabinet room and utter those immortal words ‘You’re fired’.  How Gordon must wish he could emulate the ability of Sir Alan (sorry, Lord Alan); to tell someone that they are a complete shambles, fire them, and then have them say: ‘Thank you for the opportunity.’

Metaphor
Both the Conference and the
programme in Glasgow this year were metaphors for the
challenges facing the BDA. It is not like the old days, with a reasonably
homogeneous profession that has fairly generic problems and needs.
We firstly have England, Wales, Scotland and Northern Ireland moving in different, sometimes
diametrically opposite directions. The devolution of healthcare powers
creates varying priorities and lots of different people to communicate with and influence. It comes to something when a trade exhibitor needs to ask where you practice  before they know what to say to you.
As if that widening gulf wasn’t enough, there is the question of NHS vs private, practice owner vs associate, fee per item vs capitation vs block payment and so on. Today’s BDA has a multitude of different
audiences, and it must find a way to speak to them all with equal clarity,
or risk speaking to everyone but
being heard by no one.
Then there is the dilemma of what (or who) you put on the
programme that gets more difficult with each passing year. On the one hand, do you book the ‘big draw’ speakers and topics that get people to the Conference in the first place and fill the rooms? You can’t have the same ones every year. Do you go for ‘important’ topics of more limited interest – and risk speakers getting rave reviews from both members of the audience? Or do you do what everyone seems to be doing right now, and sprinkle in a few CPD ‘core topics’ in the hope that it puts bums on seats and footfall to the trade stands?
It is a shame that IT skills are not yet a core topic, because anyone completing on-site registration at this year’s Conference could easily have earned 1.5 hours by the time they got their pass. Those with the keyboard skills of a ferret – of which there were many – could easily have achieved twice this. It was a wonder
to behold. Some of them are
probably still there, earnestly tapping away on the keyboard even now.
The BDA, like a number of other key players before it, is looking at the DCP market and wondering how best to approach it without shooting itself in the foot. It is striking that the representative organisations for each of the DCP groups fiercely defend their independence and distinctiveness, while traditionally dentist-
centred organisations seem by default
to take a generic, collective view.

Intermezzo
At the time of writing, we seem to have entered a short period of relative calm. The April 2009 NHS watershed in England and Wales has come and gone, the contents of the Steele Review are expected to be released any time, but the
silence from the DoH has otherwise been deafening. The profession is in other respects peering nervously at the horizon. It is rather like that scene in Lawrence of Arabia where our hero stands beside a desert well and peers through the heat haze at a mysterious shape approaching. There is sense of impending threat, but it’s hard to make out who is
approaching, or how it will all end (it gets easier after you have seen the movie a dozen times, of course).
GDC revalidation, and
registration of private practices is coming (in Wales, it is already here). Registration of all healthcare
providers in facial aesthetics is almost inevitable, but there are still wrinkles to be ironed out, so to speak. The GDC as we know it will disappear in just a few months’ time and our professional lives will continue to be shaped by what replaces it, even though we will no longer be able to use our vote to shape the GDC itself. Quite a few members of the present GDC are keen to continue and have thrown their hats into the ring. Some will be disappointed.
While England and Wales are still feeling the consequences of
abandoning NHS patient registration altogether, dentists in Scotland are bracing themselves for ‘lifelong’
registration. Why did Tony Blair never think of that? ‘Anyone who has ever seen a dentist has still got one’ – a masterful soundbite that Tony would have appreciated, I’m sure.
There was an undercurrent of ‘wait and see’ in Glasgow. Some exhibitors were busy, others were quieter than usual. Turnover for most had already been hit in some way, but they were hanging on in there. Curiously, some finance companies were reporting a brisk trade, although most were reporting some bad debts as borrowers got caught in the downturn.
But we do need to keep our eyes on that horizon, because we will be affected by any change in the VAT rate, Income Tax bands, rates, and personal allowances, by any
encroachment on health spending, and by the outcome of the General Election – whenever it comes.
For a few brief days in Glasgow
we could delude ourselves into thinking that dentistry is isolated
from the turmoils of the real world. This year in particular was a
reminder of how very dependent we are on what lies beyond. 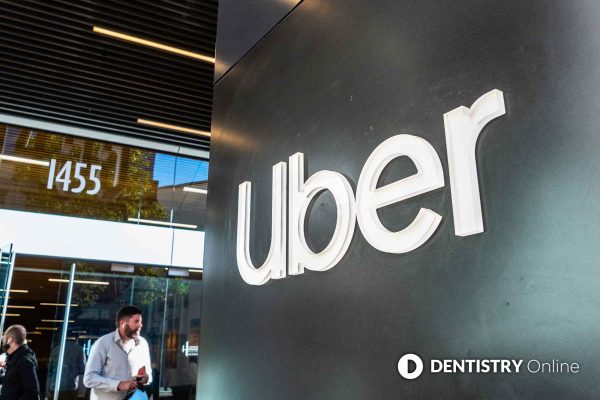 Uber ruling – what does it mean for dentistry?