Paul Swanson and his technician, Jonathan Dean, will summarise the Teethxpress surgical and restorative methodology for immediate full arch reconstruction. They will detail some of the important aspects of treatment planning to pave the way to a successful procedure.

This webinar will include guidance on full arch reconstruction:

Paul Swanson qualified from the University of Liverpool in 2000. Dr Swanson has since completed or received several qualifications and certifications including his MFGDP qualification in 2003, a Post Graduate Certificate in Conscious sedation in 2004, a Diploma in Implant Dentistry from the Royal College of Surgeons of England and the Advanced Certificate in Bone Grafting in 2008, and a Master of Science degree in Implant Dentistry from Queen Mary University of London in 2011.

Over the last 10 years, the volume and complexity of Dr Swanson’s cases have naturally increased. Paul’s clinical practice is now limited to Implant Dentistry and he owns a specialist referral practice in Liverpool where he contributes to the multidisciplinary cases performed by his team.

Dr Swanson mentors dentists at both entry level and advanced implantology while contributing to study clubs in his region. Paul is a tutor for the Royal College of Surgeons Diploma in Implant Dentistry, the ITI Study Club Director for Liverpool, and the co-director of IDEAL, an organisation that manages dental courses for all members of the dental team.

This Continuing Professional Development (CPD) activity full complies with the CPD requirements of the General Dental Council.
And FMC certifies this activity for 1 hour of enhanced CPD in the subject of Aesthetics, Implant Dentistry, Patient Management, Prosthodontics & Restorative.
This CPD meets the criteria for the GDC’s development outcome A, B, C & D. 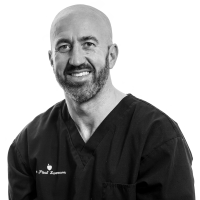 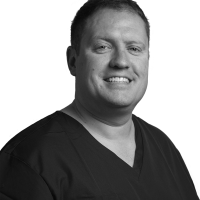 Dip CDT RCS (Eng), LBIDST
Dentistry Online uses cookies to give the best experience. If you continue to use our site, we will assume that you agree to the use of such cookies. Read More.
Accept