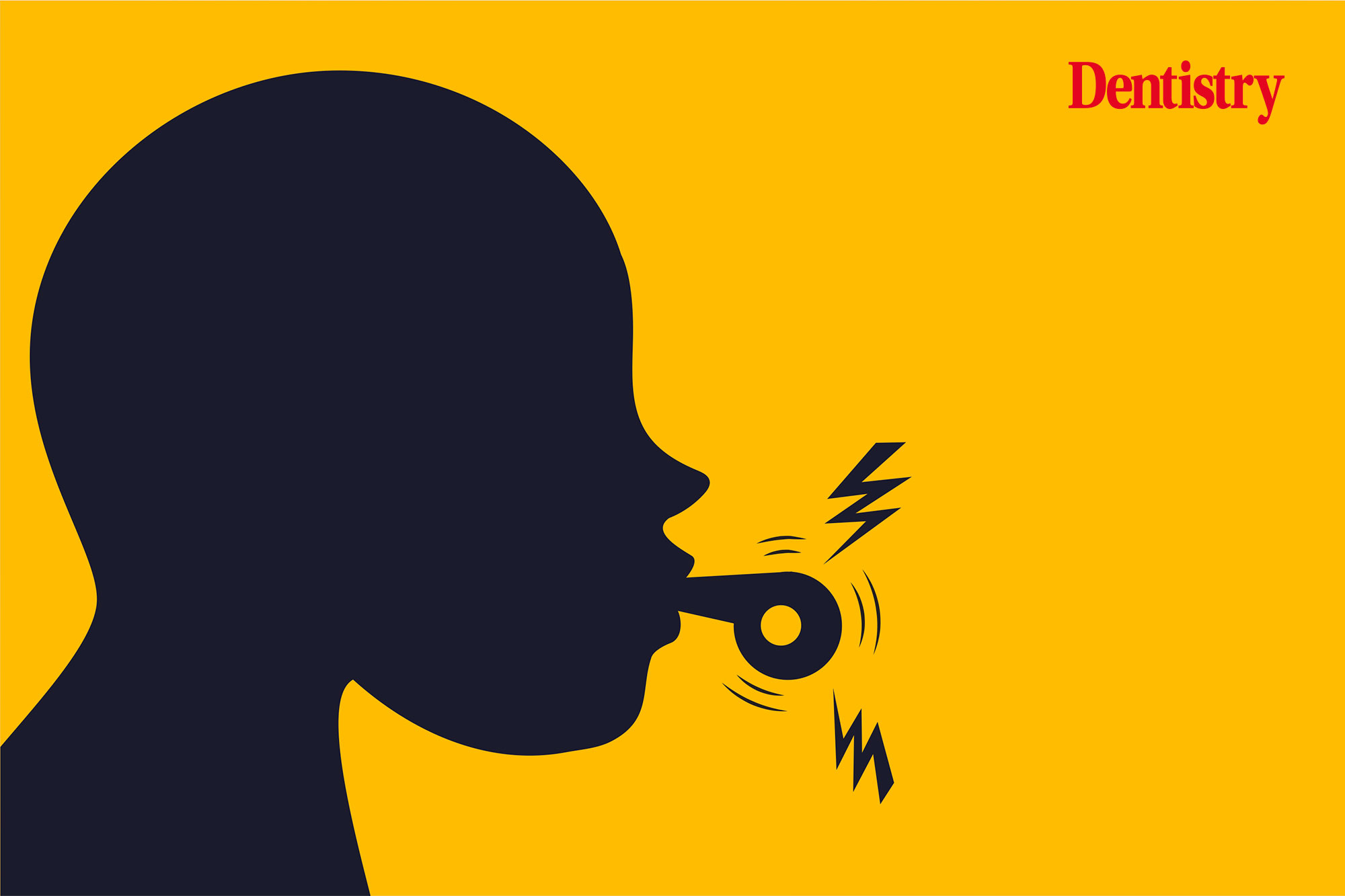 Kevin Lewis discusses how personal grievances are not a legitimate part of whistleblowing, but tend to flourish under its guise.

I was lecturing in Australia about 10 years ago just as a new national law came into force. The law was introducing the requirement of ‘mandatory notifications’ covering all registered healthcare professionals.

This created a formal framework for what we would call whistleblowing in this country.

So there I was, merrily explaining whistleblowing and how the new law would operate, when I spotted a lady in the front row listening intently. She was concentrating hard and taking copious notes.

At the end of the lecture she approached me and asked if I could help her with a couple of points she didn’t understand.

‘Of course,’ I replied, ‘what points were those?’

To my dismay she referred to her copious notes, looked me right in the eye, and said ‘Vistle’ and ‘Blowink’.

English was not her first language, to be fair to her. But Australian clearly wasn’t mine because the Australians have, as ever, come up with a far better, richer and more descriptive terminology – ‘dobbing in’, as in… ‘you dobbed me in to the teacher (or to mum and dad etc)’.

Had I used that term she wouldn’t have needed all those notes.

But I later learned that ‘dobbing’ and ‘being a dobber’ is a particular genre of whistleblowing anyway.

It is a pejorative term to convey that there is an unsavoury whiff of nastiness or ill-intent about it. It implied there was certainly nothing admirable about this form of whistleblowing.

But whistleblowing in its wider, purer sense is simply bringing some kind of information or wrongdoing into the open, that should be out in the open in the genuine public interest.

Sometimes it is obviously more appropriate to raise your concerns with an appropriate authority in private.

Whistleblowers’ Charters exist in many fields and take many forms. The common features are that potential whistleblowers need to be:

Airing a personal grievance or any kind of ‘tit-for-tat’ retaliation are not a legitimate part of whistleblowing. But unfortunately, both have a tendency to flourish under the guise of ‘innocent’ and responsible whistleblowing.

So also does deliberate sabotage, designed to cause damage and harm rather than preventing it.

Since April 2017, all eight UK healthcare regulators (along with many other public bodies) have been required by law to record and publish annually a high-level report on the number of ‘whistleblowing’ notifications they receive and deal with in various ways.

‘Producing reports highlighting the number of qualifying disclosures received, and how they were taken forward, will go some way to assure individuals that action is taken in respect of their disclosures.’

In the most recent joint report (to end-March 2021) the GDC acknowledges that relative to the overall number of its registrants, it receives a higher number of ‘disclosures’ of this nature than most other healthcare regulators.

It attributes this to the fact that dentistry is mostly delivered in an unusual kind of primary care setting. This is because it does not offer the alternative reporting mechanisms that exist elsewhere.

The ones that have failed so spectacularly in so many high-profile medical scandals, presumably? Up to and including Ian Paterson and the recent maternity failings.

And is the typical dental setting really any more ‘unusual’ than that of ‘high street’ chiropractors, osteopaths, opticians and pharmacists? Or are other factors at work ignored or papered over?

The GDC reports almost half of its whistleblowing ‘disclosures’ were blue-on-blue from other registrants whose identity was declared. The other half chose to remain anonymous.

Even this is likely to be a significant understatement of the scale of the underlying issue. Many patients and organisations who report concerns to the GDC have been actively encouraged behind the scenes by other dentist(s). Furthermore, many anonymous complaints have details edited to prevent the true source being too obvious.

All too often, when one looks closely at the detail, something becomes screamingly obvious. That is, that the motivation for a ‘disclosure’ has little or nothing to do with patient safety.

Many are raised by disgruntled former associates or sacked/disciplined members of staff at the time of their departure. Similarly, they come from practice owners who have an axe to grind (or witheld fees to justify). Perhaps even, from those on a mission to sabotage a nearby competing practice – possibly one being started by former associates.

Certain corporates have ‘form’ in this regard; a long and significant pattern of bundling up a carefully chosen sample of several of the associate’s former patients. These patients suddenly need thousands of pounds worth of ‘remedial’ treatment. Said treatment will be generously carried out by remaining dentists within the corporate. At a vast expense, of course.

All paid for by the associate’s indemnity provider (they hope and intend). Although in the light of the recent series of legal decisions, this may come back to bite them. Especially if it is ruled that the corporate itself is liable on the basis of their non-delegable duty of care to the patients concerned, and/or their vicarious liability for any negligence on the part of the associate.

It is, after all, not unreasonable to ask where the corporate’s internal quality assurance and audit processes were sleeping while they were profiting from all the treatment being carried out by their (then) associate.

In Australia, registered healthcare professionals must notify their relevant regulator in clearly specified situations where there is a risk to the public.

Very clear, detailed guidance is provided on what kind of thing needs to be reported (and what doesn’t). Registrants are strongly reminded that notifications must only be made in good faith and with good grounds.

One of these situations is ‘a significant departure from accepted professional standards’. This is defined as needing to be ‘a serious (not slight or moderate) departure that would be obvious to any reasonable practitioner’.

But before making a mandatory notification, you must form a ‘reasonable belief’. This requires direct experience, first hand observation or knowledge of the incident or behaviour that leads to that concern.

Speculation, rumours, gossip, hearsay or innuendo are not enough to form a reasonable belief.

The ‘test’ is that of circumstances that would justify a person of reasonable caution, acting in good faith, to believe that the concern and a serious risk to the public exists.

A postbox for disputes

The GDC approaches this very differently, weighting its supposed ‘guidance’ very heavily in favour of raising concerns. This leaves the informant entirely free to decide when it is justified (and the ability to target a colleague with impunity by rolling a well-aimed grenade under the GDC’s door under the cloak of anonymity):

‘If you are not sure whether the issue that worries you amounts to a concern that you should raise, think about what might happen in the short or longer term if you did not mention the issue.

‘If the investigation shows that there was no problem, the fact that you raised the concern should not be held against you as long as you were justified in raising the concern.

‘Remember that you must put patients’ interests first and act to protect them. If you fail to do so by not raising a concern, your own registration could be at risk.’

In short, there is very little chance that any action would be taken against you by the GDC if you knowingly make a baseless or ill-motivated blue-on-blue notification.

Little wonder, then, that the GDC continues to be used as a postbox for professional disputes and settling professional scores.

This is a worsening situation that reflects no credit at all upon the profession. Indeed, nor upon the GDC; it seems prepared to welcome malicious and unprofessional dobbing as a price worth paying for the purported benefits of new-age Pavlovian whistleblowing – with or without any kind of justification.