Toothless in England marches against lack of progress in NHS dentistry

Toothless in England marches against lack of progress in NHS dentistry 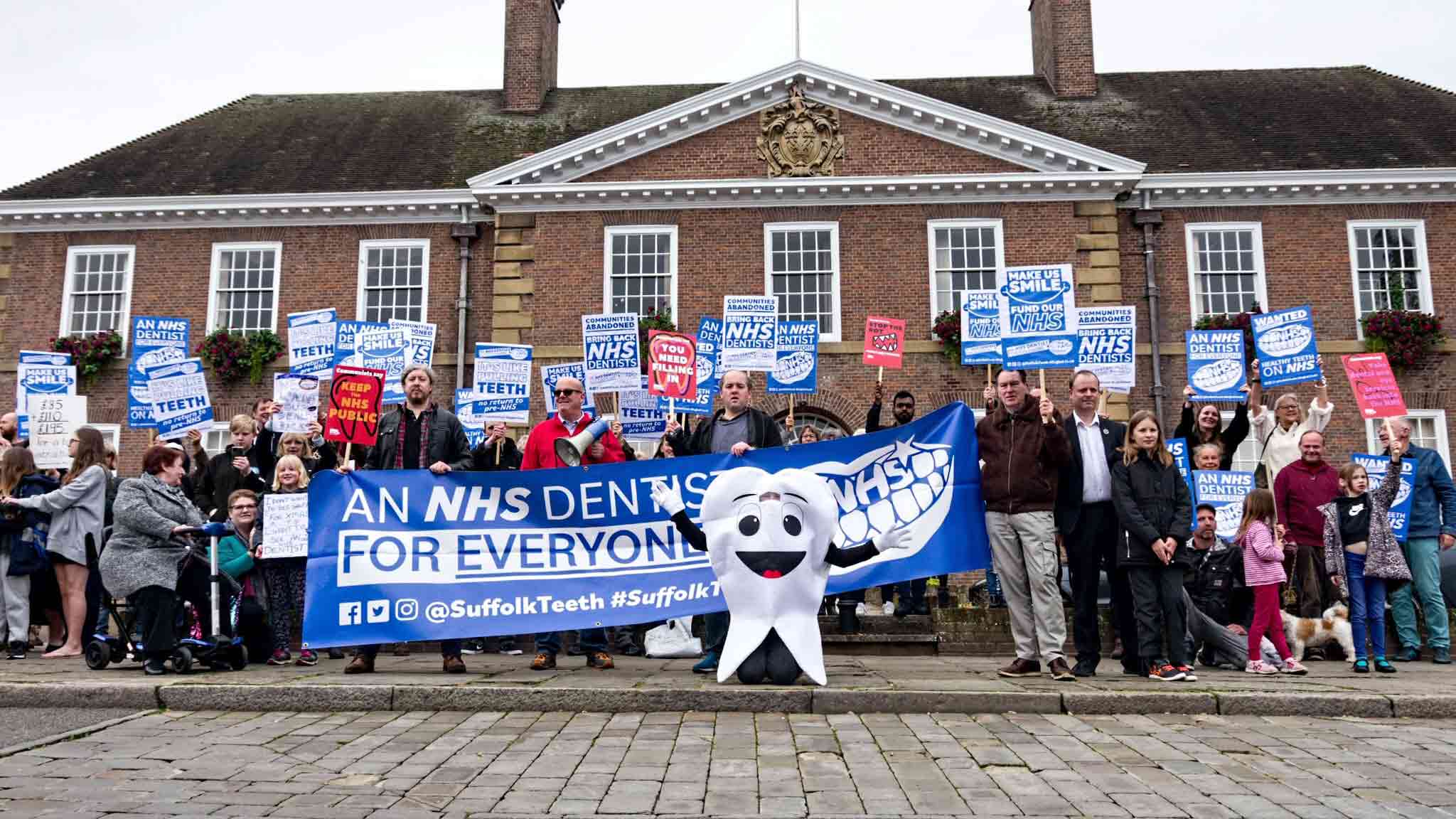 Toothless in England will take to the streets to mark the passing of 12 months since the event that sparked the group’s formation.

The campaign group kicked off in Suffolk last year after the last NHS dental practice in the town of Leiston closed its doors.

Now, it has expanded to become a nationwide cause.

On Friday 29 April, the Toothless in Suffolk branch will gather outside the closed practice to protest against the current state of NHS dentistry.

‘It’s nothing short of a disgrace. A national disgrace,’ said Steve, a co-founder of the campaign.

‘NHS commissioners are employed to ensure NHS treatments are provided where there’s a need, and yet they are seemingly incapable of fulfilling their responsibilities.

‘Their understanding of the severe consequences this dental crisis is having on the health of patients, both young and old, is limited.’

Areas in Suffolk have been visited by dental charity Dentaid in a bid to get residents out of pain.

‘NHS dentist for everyone’

Fighting for an ‘NHS dentist for everyone’, the campaign group is pushing for six demands:

Eddie Crouch, chair of the British Dental Association, added: ‘Leiston offers a taste of where NHS dentistry is heading unless the government steps up.

‘A whole community denied access to basic healthcare, with charities that normally operate in the developing world left to pick up the pieces.

‘We will only see progress if ministers turn the page on a decade of failed contracts and underfunding.’

7hr
|
Dentistry
"Company" would like to send you relevant email communications to this webinar, by opting in to receive these emails you are agreeing to be sent email communications by "Company".
You can opt-out at any time.
Dentistry Online uses cookies to give the best experience. If you continue to use our site, we will assume that you agree to the use of such cookies. Read More.
Accept