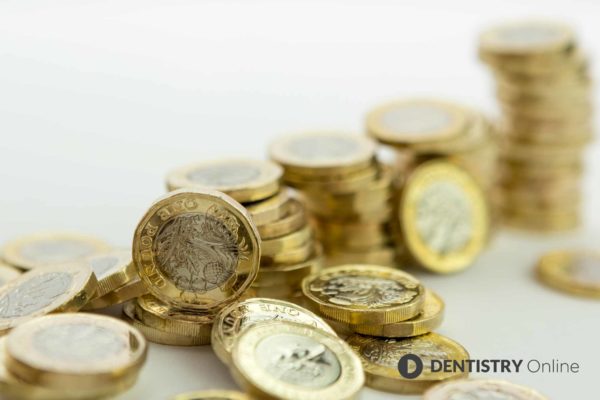 Talking money is a skill one can learn and tailor towards each individual patient, says Milisha Chotai.

In Britain, money is regarded as a bigger taboo than sex, religion or politics. Talking about money can evoke feelings of embarrassment, insecurity or even anger.

To say that you have a lot of it could be frowned upon as bragging. To say that you don’t have enough could equally be perceived as irresponsible or even a sign of mis-education.

It’s not surprising then that patients will not easily admit to not being able to afford dental treatment. It is much easier for a patient to comment on the expensiveness of treatment instead of admitting that they can’t afford treatment.

I wasn’t always good at talking money. It is a skill that I have learned with time. A conversation about money should be tailored to each individual patient. However, there are common themes that do apply to all.

By failing to prepare, you are preparing to fail, said Benjamin Franklin.

It is useless to enter a conversation about money without a degree of self-awareness. The last thing you want is for your emotions to influence your ability to talk money with your patient. Ask yourself:

Table 1: Ask yourself the following questions

Step two: what does money represent to your patient?

Money could also represent safety, success, and food. It is unlikely that a patient will give up their safety unless you are able to make a promise of a valuable return that matches up to their view on money. Use the questions in Table 1 to see whether you understand your patients money habits.

Step three: know your worth

It can be extremely difficult to name your price – what you and your services are worth. Your unconscious communication will influence your patients opinion about you and the value of what you are offering.

You may have moments when you are quoting for treatments while simultaneously dealing with thoughts like:

In those moments it’s helpful to reflect on your worth. Education is expensive, being a dentist is expensive. Dentistry is a highly-specialised skill. Something as simple as diagnosing caries is viewed as a basic skill to us, but think about the vigorous training that you have undergone to be able to read radiographs accurately?

Dentistry has a physical impact on our bodies and we are, on top of that, spending all days caring about others. So why shouldn’t you be able to name your price and get paid what you believe is your worth?

Work for it, more than you talk about it, said Alex Quin.

Let’s be granular. Money is paper, plastic and metal.

You give paper, plastic and metal value. This value is based on what you choose to spend it on whether it’s a holiday, a mortgage, school fees or an intraoral scanner.

It is not strange then that you feel awkward or pressurised when talking money. It means so much to you after all! Think of these three things to detach from the money that you are asking for (Table 2).

Table 2: How to detach from money during a conversation

There is nothing more annoying than someone who wastes your time making you excited about a product, only to later not be able to tell you how much it actually costs! There is nothing worse than a person who says: ‘This will be around £300’. It looks unorganised and communicates poor confidence.

It is unprofessional to not know your own fees and it also kills the excitement that you have made such an effort to build talking about the benefits of treatment.

Not being able to disclose your fees or even mumbling your fees will leave your conversation half done. It may seem like you are hiding something and not being genuine to your patient.

Associate the money with the solution.

For example it is best to say: ‘To whiten your teeth will be £465 and the result will last long-term.’ This sounds much more palatable than teeth whitening is around £450.

It is never as simple as saying: ‘I am just not good at talking about money.’ Patients will be comfortable in talking to you about money as long as you are sensitive to how they prefer to approach the subject.

Thinking about your own feelings and behaviours when buying will help you empathise and understand what your patient is thinking and feeling when you are talking about your fees.

A conversation about money and fees will be no problem at all if you work to resolve what makes you uncomfortable when it comes to money. Believing in your fees – that you and your services are worthy of what you are asking for – will automatically reflect in the non-verbal cues that you are sending to your patient. At the end, patients will trust you with their money if they see that you value it as much as they do.