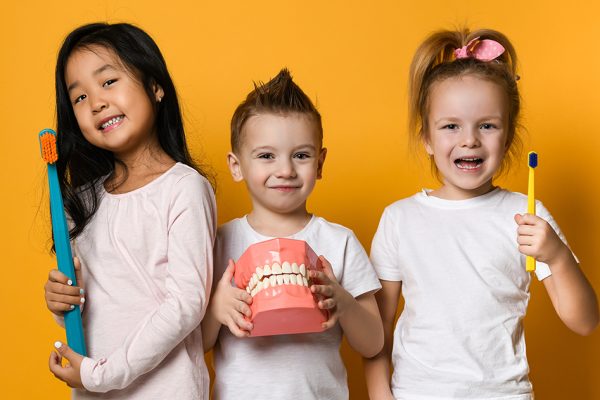 Michael Watson assesses the proposals from a recent health green paper, and what it could mean for the future of dentistry and oral health, especially for children

It is almost unheard of for a news release about a long-expected health green paper to arrive at 9.15pm from the Cabinet Office. But it was the final, frenetic days of Teresa May’s premiership.

The science editor of The Times later revealed that health secretary Matt Hancock, ‘a key ally of Boris Johnson’, was understood to have clashed with the departing prime minister over its publication. The new prime minister made it clear he was opposed to new ‘sin taxes’, such as the recent levy on sugary drinks.

An ally of Mr Hancock confirmed to the newspaper that he had wanted to hold off publishing the document until the new prime minister was in place.

PM Boris will have to decide whether or not to back the paper, which calls for a ban on the sale of energy drinks to under-16s and suggests that a levy imposed last year on sugar in fizzy drinks could be extended to those containing milk.

The British Society of Paediatric Dentistry welcomed it. Spokesperson Claire Stevens said: ‘This green paper represents a massive and welcome change in emphasis. It looks at the wider determinants of health and making it easier for people to make healthier choices for themselves and their families.

‘Investing in oral health prevention instead of spending millions of pounds on the management of dental decay is the smart way forward and an approach we hope the prime minister will fully support.’

Support also came from the National Community Water Fluoridation Network, which welcomed the commitment in the green paper that the NHS should work more closely with local authorities to implement water fluoridation schemes. However, Tam Fry, from the National Obesity Forum, said that it did not go far enough. ‘It is a huge missed opportunity. The obesity strategy has been butchered at birth,’ he said.

The green paper states: ‘To give our children a good start in life, we need to do much better on oral health. Tooth decay is the most common oral disease among children and the most common reason for hospital admission for children aged five to nine years old – yet it is largely preventable.

‘Improving the oral health of children is a Public Health England priority, and a number of actions are already underway.’

These include Leicester’s Healthy Teeth, Happy Smiles initiative, which was highlighted as a case study.

At 53%, Leicester City Council had the highest prevalence of tooth decay in five-year-olds across local authorities in England in 2012. But it responded by prioritising help for preschool children as part of its programme, which ensures good toothbrushing behaviour with a fluoride toothpaste is established early in a child’s life and becomes part of their normal daily routine. By 2017, the prevalence of tooth decay in the city had reduced to 39%.

The government is aiming to address the unwarranted variation in children’s oral health across the country. It will consult on rolling out a school toothbrushing scheme in more preschool settings and primary schools in England, with the aim to reach 30% of places by 2022. It will also explore ways of removing the funding barriers to fluoridating water to encourage more local areas interested to come forward with proposals.

‘NHS England will actively seek partnerships between local authorities and the NHS, with councils rewarded for their fluoridation efforts by receiving a share of the savings from fewer child tooth fillings and extractions,’ it said.

Screening will be given a much greater role in the NHS, but this is an area where dentistry is lurking in the dark ages.

Looking at patients who attend our practices every six months or a year is not what the NHS recognises as screening. The government’s vision for future screening in the NHS is for ‘uptake to be maximised’, including by making screening easier for people to access, and tackling unjustified variations in take-up.

It would help if everyone could access an NHS dentist, instead of being told to make a 60-mile round trip to find one. It would also help if the screening was free, as elsewhere in the NHS, and not charged at £22.70 a time. It also says screening should be focused ‘within high-risk populations’, not just on those who attend their dentist regularly.

When will we see an extension into dentistry of the government’s promise of ‘better use of technology, including an expansion of our offer on genomics, better use of data and embedding the use of artificial intelligence’?

Sugar, of course, links obesity and tooth decay; although, for us, it is about frequency rather than volume.

The green paper states: ‘As a country, we need to eat more fruit, vegetables, fibre and oily fish. We consume too many calories, as well as too much sugar, saturated fat and salt.’

The government says its focus ‘must be on making healthier choices easier,’ adding, in a pop at the current prime minister: ‘This is not nannying, but reshaping the environment to provide people with more choice, not less.’

Read the Green paper in full by visiting https://bit.ly/2zvqL7C