One practice owner’s quest to create a super digital practice 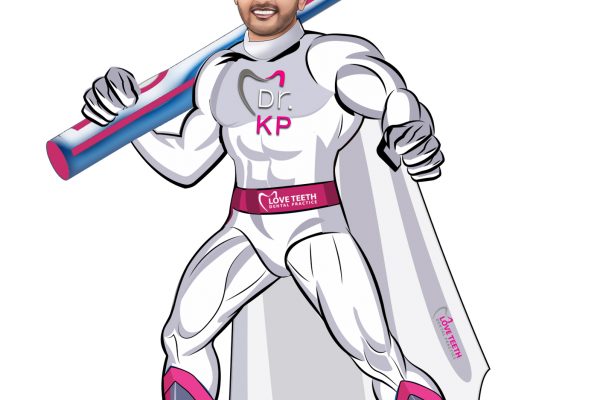 One practice owner’s quest to create a super digital practice

From childhood who doesn’t dream of the super power they could adopt? Scaling walls using web shot from the wrists? X-ray vision?  Invisibility? Later in life, for some, nothing has changed! This was certainly the case for aspiring dental super hero Dr Kunal Patel.

‘In our field of dentistry, we may look older and sometimes more serious, but we still want to flex our superhuman powers – though maybe not to fight the evil or battle supervillains! However, many dentists make ‘heroic’ efforts to make a difference. Our weapons may be less theatrical, but some of us are adopting the iTero digital scanner as our super power of choice!’

At a recent GP Forum meeting for dentists organised by Align Technology, Kunal was invited to lecture about how he turned his clinic into a super digital practice. Two years ago, he was treating patients with fixed braces and using an intra oral camera.  At the time he calculated that 12 to 15 hours was the average time needed to treat each patient with fixed braces and that the practice spent over £5,000 on impression materials a year. Not exactly the forward-looking approach Kunal aspired to.

Today, his spending on impression materials is down to under £1,000, and patients only spend an average two and a half hours in the chair with Invisalign. Kunal didn’t need to wear a comic hero’s cape to effect these changes, even though his nervous patients may have found it rather amusing and quite distracting.

Instead he embraced the superpowers of digital dentistry and installed an iTero scanner in each of his treatment rooms at Love Teeth Dental Practice in Surrey – a total of three in just under six months.

Kunal reached Invisalign Diamond Provider status in the UK in a super-fast time.  He completed his first Invisalign treatment in 2016, and is now performing 300+ cases a year.

His mother and 11-year-old nephew were recently featured in a film he made to show at the Align GP Forum to demonstrate that operating the Itero scanner is literally child’s-play, and this ‘super power’ can be picked up in a matter of minutes by anyone, even those without dental experience like his mum or an 11-year-old child.

Why Invisalign and Itero? Kunal was looking at a more contemporary, predictable way of performing orthodontic treatment, besides looking for ways of using time more productively and making more money, and the reputation of the Invisalign system made him look at the way he had been treating patients.

Within a few short months of embarking on treatment with the Invisalign the system the benefits became visible to him and his patients and the adoption of the Itero scanner came about as the natural next step to increase the volume of cases he was performing. He went from zero to Diamond Invisalign provider status within a year. The first solo practitioner to achieve this in the UK.

Initially he and his team focused on Itero’s orthodontic and restorative functionality, using it for Invisalign treatments and cases requiring single unit crowns.  However, they soon needed three scanners as they were using them for virtually every patient, including the creation of tooth whitening trays.  Impression taking is only undertaken now for the most difficult cases and full arch dentures, but the plan is to reduce this to zero.

The future is digital

His advice to peers is that ‘Adopting digital dentistry is the only option if you are not to become obsolete’. He added: ‘Training doesn’t take long, the scanning itself is really intuitive – if my 11-year-old nephew and mum can be taught in a few minutes, anyone can. And the savings are significant, with a lot less spent on impression materials, and a treatment coordinator salary you can potentially do without. Let alone the chair time saved. So if anyone wants to consider a scanner which helps with everything, from a basic check-up to dental implant restorations, with the reassurance that you are only a call away from great support, the Itero could make you a super hero in the eyes of your colleagues and your patients.’