The next decade in dentistry – what can the profession expect? 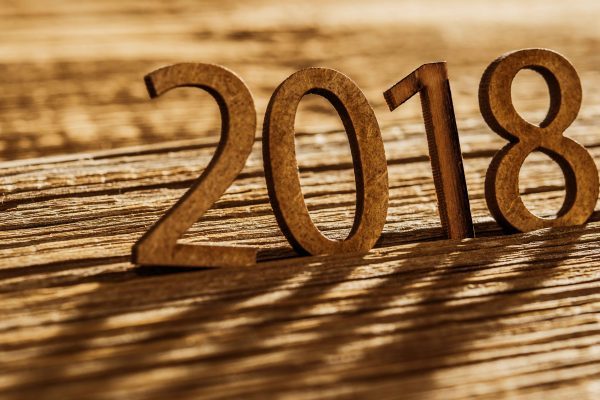 The next decade in dentistry – what can the profession expect?

Nigel Jones seeks the industry’s opinion on how the profession may change over the next 10 years and what they would like to see happen.

Nigel is sales and marketing director at Practice Plan.

As we begin 2018, it seems timely to look ahead at what may lay in store for the profession over the coming years. Many once expected, or perhaps hoped, that by now – 11 years after the government proclaimed the existing dental contract as unfit for purpose – some major changes to the way dentistry is delivered would have occurred.

It’s fair to say the lack of progress in this area has been frustrating for the profession and most people now don’t expect any kind of reform before at least 2020.

In light of the feeling that change is still yet to arrive, and a recent comment from John Renshaw, former chair of the BDA, that ‘there is a very strong body of opinion within the dentistry profession that says the government is persuading dentists to leave the NHS and go private’ – it is interesting to consider the future of dentistry and ask what may happen over the next 10 years.

I put that question to four of the profession’s leading figures. Here’s what they had to say.

Paul is the principal of Amblecote Dental Care in the West Midlands.

I think it comes back to the old perennial problem, we’ve got unlimited needs but very limited resources. And for the government to say that they expect everybody in the country to have unlimited dental access – every patient having every type of treatment available to them, with the finite budget that we’ve got, it’s simply pie in the sky. It’s just not sustainable.

But for a politician to state that is political suicide. We just need some realistic honesty from people who can say that this is no longer sustainable.

David is the joint principal of the Houston Group of dental practices.

I don’t think there’s any politician brave enough in the UK to stand up in front of the electorate and say they’ve ceased to provide NHS dentistry.

Consequently, I think it will be death by a thousand cuts and eventually the patience of the profession will wear so thin that we will take our future into our own hands and hopefully stand up and be responsible for our own destiny and set our own agendas. I suspect that will be out of the NHS wherever possible.

There will be a large swell of the demographic within the country who will still want and still value an NHS, and perceive its existence as a core tenet of British society.

But of course, it’s called the NHS but it’s really halfway private already because patient charges in effect are a private system.

Perhaps if we could have more control and we could manage a mixed dental economy, which gave us better outcomes, more successful healthcare provision, and more control over our business model, that might be where I would hope to be in 10 years. But can I expect that? I’m not so sure.

One of the things concerning me recently from meetings that the BDA has had with the Department of Health and NHS England, is about patient charges.

For the last two years they’ve gone up 5% year on year, without any of that money being invested back into dentistry and the plan within this term of office of this parliament, is to increase patient charges by yet another £200 million.

When patient charges are rising at such a rate, the gap between them and the NHS and private fees becomes so much smaller that the choice is there for the practice or the patient to decide what to spend their money on.

Going back to the limited budget for how much can be spent on dentistry, Jimmy Steele came up with the recommendation in the Steele Review in 2009 that it should be all directed to the people that you want to give prevention to.

So, my vision of where we’re going in the future is that all that money should be committed really to prevention.

If that’s prevention just for small children, to make them dentally fit for the future, then that would be a better use of the spend on NHS money, rather than what we’re doing with it at the moment with a failed UDA contract.

Tony Kilcoyne is a member of the British Dental Association Principal Executive Committee.

The more we hang on to the idea that this NHS dental system in England is going to meet the needs of all the population, the poorer the patients are going to end up.

The truth is, we are in a mixed economy. The NHS dental system could not possibly exist on a national scale without the support, not only of the goodwill of the practice, but also of private practice and other elements in dentistry.

There is no doubt the NHS dental system in England is limited. We can argue by how much, but we’ve got to set realistic expectations about that and whenever a new contract is sorted out it’s got to be honest, open, and transparent. That way, all the other sectors of dentistry can compensate and synergise.

I often use the analogy of transport. If I was the minister of transport, I wouldn’t be saying: ‘Everybody has to use public buses. You can’t sometimes mix and use a private taxi when the bus doesn’t meet your needs. You can’t go totally private and have your own car.’ What I’d say is there’s a number of ways of doing things, and we have to make them fit together.

We need a good NHS system to look after the vulnerable people in society and to focus on prevention. We also need good private systems that complement that to give the public informed consent.

In the next 10 years I see more openness, transparency, and honesty about what different systems can provide, and actually giving the public genuine choice. That’s where dentistry needs to go; admit we’re a mixed economy and start making it work better.