Complaints are a hot topic 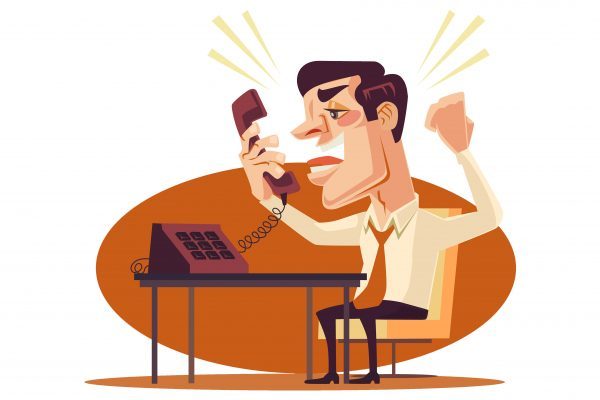 Complaints are a hot topic

Last year, the DDU’s dentolegal advice line received more than 2,500 enquiries from dental professionals about the handling of patient complaints.

This accounted for a third of the 7,700 calls we received in 2016, with clinical matters and claims accounting for around 10% of calls each, while 8% of calls were about confidentiality issues.

It’s heartening to learn that complaints are a hot topic among our members.

That might sound rather counter-intuitive, as nobody likes to receive complaints, but it suggests that dental practices are making it easy for patients to complain directly to them.

Not only that, but in coming to us for support with handling complaints, dental professionals are ensuring they get independent, dentolegal advice about how best to resolve a complaint first time.

Calls to our advice line do not affect  future subscriptions.

I’ve said it before, but it bears repeating: when it comes to successful complaint handling your key assets are a constructive team-based approach, a clear in-house procedure for patients and staff to follow and a willingness to address any problems identified.

It’s a mistake to ask any patient making a verbal complaint to ‘put their concerns in writing’ as this often leads to frustration, an even longer list of concerns and the risk of the complaint being ‘CCd’ to a third party such as the Ombudsman or even the General Dental Council.

If your whole team, from front of house through to the clinicians, are adept at identifying and dealing with patient concerns as soon as they arise, you’ll maximise the chances of resolving issues equitably, quickly and at a local level.

We can all think of commercial or retail organisations whose customer services are renowned and therefore reflect well on the organisation itself, and this is equally true for your professionalism in handling patient concerns.

An effective user-friendly complaints procedure really can be of two-fold benefit in that it is not only a risk management tool to help ward off claims and regulatory complaints, but also potentially provides an opportunity to turn a negative situation into a positive reputation builder.