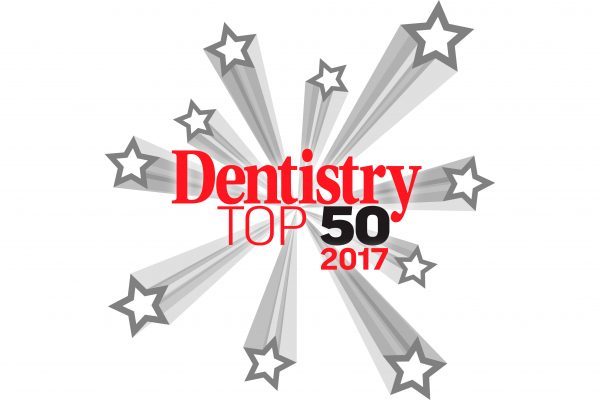 Have you submitted your votes for the Dentistry Top 50 yet?

You can easily send your choices by visiting www.dentistry.co.uk/top50.

Dentistry Top 50 launched in January and the 31 March deadline is quickly approaching.

Now is the time for you to have your say on who you think is the most influential person in the profession – for good or for bad.

Just pick your top five dental professionals and send them to us before the closing date of Friday 31 March.

We’ll let you know the results in May on Dentistry.co.uk and in Dentistry magazine.

NHS England chief dental officers (CDO) have topped the Top 50 polls three out of the past four years. Barry Cockcroft, CDO at the time, came top in 2013 and 2015, while Sara Hurley became the first female to reach number one in our poll after she became CDO in 2016.

Since then, Sara has continued to tour England, speaking at conferences and exhibitions and highlighting the importance of oral health to politicians. She has launched Smile4life, a scheme to help highlight some of the projects practices and dental teams are running across England to improve the oral health of their local communities.

Will Sara Hurley stay at the top for a second year running?

Get voting by visiting www.dentistry.co.uk/top50 and select your top five most influential people.

Once again, alongside the Dentistry Top 50, we will be running the Lifetime Contribution Award.

This is the fourth time we have run the award, after Crispian Scully won in 2016.

The Lifetime Contribution Award allows you to give recognition to the person you feel has made significant contribution to UK dentistry throughout their lifetime.

Professor Crispian Scully CBE is a co-director of the Collaborating Centre for Oral Health-General Health.

He is also UCL emeritus professor; professor at the Royal College of Surgeons of Edinburgh King James IV; president of the British Society for Oral Medicine; member and examiner for the Royal College of Surgeons of Edinburgh Council; editor for Oral Diseases; and associate editor for the Journal of Investigative & Clinical Dentistry. Crispian has been dean both at the University of Bristol and at UCL.

A list has been provided for you to choose from for this year’s Lifetime Contribution Award.