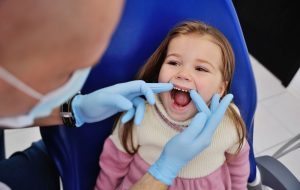 Oral health would be higher up on the government’s agenda if it knew the financial savings it could make, Seb Evans says.

Figures released earlier this week found 160 children and teenagers have their teeth extracted under general anaesthetic every day in England.

Alistair Burt called the number of child extractions a ‘national scandal’ last year when he was the Health Minister.

Even parents seem to have become immune to the figures, with a third of them saying it was acceptable for children to have experienced some form of decay before they become a teenager.

So, how do we stop these spiralling numbers?

One of the answers from the CDO for England, Sara Hurley, is to introduce Smile4life, which will be launched in September this year.

She described Smile4life as a ‘kite mark’ that will bring together a number of already-running oral health schemes, such as Teeth Team in Hull, under one umbrella.

Childsmile (Scotland) and Designed to Smile (Wales) have all had positive impacts on the oral health of children and I wonder whether Sara Hurley felt the pressure to introduce a similar scheme in England.

But I don’t think Smile4life is the answer because it’s not really bringing anything new to the equation.

The sugar tax could help to dissuade some children from picking up sugary drinks, but the exact date this will be introduced is still very vague.

Cost to the NHS

To really make the government stand up and listen, more will have to be made of the cost to the NHS from extracting children’s teeth.

Much has been made of the huge black hole in funding for the NHS within the next five years.

If the government was made more aware of this simple way of saving millions, oral health might be higher up on its agenda.

755d
|
Blog
Dentistry Online uses cookies to give the best experience. If you continue to use our site, we will assume that you agree to the use of such cookies. Read More.
Accept