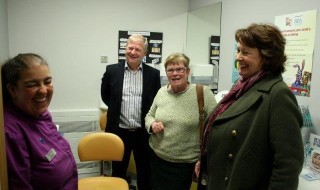 The British Dental Association (BDA) has made new calls to reform NHS dentistry in Wales.

This has come after the association visited Eastside Dental in Swansea, which is pioneering a new way of delivering dental services that rewards dentists for prevention rather than activity.

‘The Welsh government is leading the way on this, but after years in the pipeline, we need to see this crucial reform gain momentum.

‘Despite the welcome recent improvements in oral health in Wales, our outcomes continue to lag behind England.

The practice uses dental nurses, hygienists and educators, with dentists, to encourage patients to take responsibility for their oral health.

The Welsh government has been developing a new dental contract for five years, with eight practices testing out the initial version between 2011 and 2015, and two of them moving on to trial the more advanced ‘prototype’ in April this year.

‘This practice is a perfect example of what can be done with vision and planning from a forward thinking team,’ Angela Burns AM, Conservative health spokesperson in the Welsh Assembly, said.

‘When I first walked in I found it hard to believe that we were visiting an NHS surgery in Swansea and not a private practice on Harley Street.

‘The atmosphere from both staff and patients was superb and I must pay tribute to all the staff involved that make this practice such as success.

‘The team, who are superbly led by Paul Ridgewell, can only maintain this practice however if they get the support from the Welsh government.

‘I am delighted to see that this prototype, which rewards dentists for prevention and not on the amount of work that they carry out, has been such a success here.

‘I urge the Minister to take a hard look at the success of this practice and roll out further trials to enable the whole ethos of NHS dentistry in Wales to change as soon as possible, and to ensure that Welsh patients get the treatment that they deserve.’