GDC showing improvements in its performance 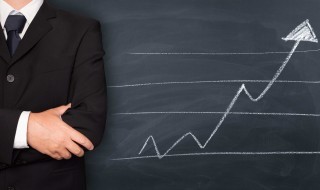 GDC showing improvements in its performance

The General Dental Council (GDC) has improved its performance over the last year after ‘significant efforts’.

That’s according to the latest review from the Professional Standards Authority (PSA), which has found the GDC is now meeting 21 of the 24 standards the PSA reviews, compared with 15 at the same point in 2015.

‘We have invested significant effort in improving our performance against the standards of good regulation, and that effort is paying off,’ Ian Brack, chief executive of the GDC, said.

‘Once again, we have met all the requirements in Standards and Guidance, and Education and Training, and we are now meeting all those for Registration.

‘We know that our performance in fitness to practise has struggled in the face of enormous increases in caseload in recent years and we’ve worked very hard to turn that around.

‘And we know there is still much work to be done.’

The GDC has met seven out of 10 standards in the fitness to practise category, up from two in last year’s report.

In the Annual Review of Performance GDC 2014/15, the PSA assesses performance of the core functions of the professional dental regulator and found the GDC to be meeting:

‘We hope things will improve further now that GDC case examiners have started work, as they should help to address concerns earlier in the fitness to practise process,’ Leo Briggs, DDU deputy head, said.

‘The DDU will be monitoring the impact of the case examiners to ensure they achieve the desired outcome for our members.

‘We want to make sure that the fitness to practise process becomes more efficient, proportionate and fairer for all involved, without compromising safety.’