Children’s dental health in Scotland on the up 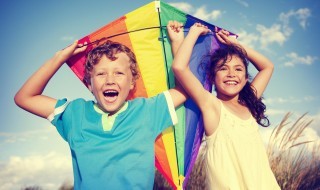 Children’s dental health in Scotland on the up

Children’s dental health in Scotland has improved by 24% since 2000, according to the latest National Dental Inspection Programme report.

The report, published last month, reveals that more than two-thirds (69%) of five-year-olds have no obvious signs of tooth decay.

The British Dental Association (BDA) welcomes the progress made but is disappointed that the figures from the report also reveal a huge gap between five-year-olds from more affluent areas and the lowest income households. Only 55% from the most deprived areas are free from tooth decay compared with 82% from the least deprived.

Despite the overall improvement in children’s dental health, Scotland still lags behind countries of similar development, such as England and Norway. Comparable figures show that two-thirds (75%) of five-year-olds in England are decay-free, with broadly similar figures for Norway (73-86%).

Robert Donald, chair of the BDA’s Scottish Dental Practice Committee, said: ‘Scotland is leading the way in investing in children’s dental health. The huge improvement we have seen in youngsters’ teeth since the millennium is testament to investing in an early years’ prevention scheme, which operates in our nurseries and schools. Undoubtedly, Childsmile has saved many young children from distress, days out of education, and ultimately avoidable dental treatment.

‘However, despite this improvement Scotland is still playing catch-up with our neighbour south of the border, so there is no scope for standing still. There is no escaping either the fact that far too many children from our most disadvantaged communities still bear the burden of tooth decay, a largely preventable disease.

‘Government ministers must continue to invest in Childsmile to tackle this unacceptable inequality in dental health. The BDA has also called on the Scottish government to expand the Childsmile programme to five- to 12-year-olds and we have championed wide-ranging action on sugar, including taxation, public education and marketing, and for proceeds from the sugar levy to be directed into oral health initiatives.’

The National Dental Inspection Programme report can be found here.