A ‘seismic shift’ in the way the GDC regulates dentistry 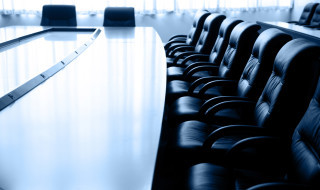 A ‘seismic shift’ in the way the GDC regulates dentistry

Michael Watson reports on how the new case examiners introduced at the GDC could affect the way it regulates dentistry.

Last week the General Dental Council (GDC) introduced case examiners, as has been reported on Dentistry.co.uk.

They will make the decisions currently performed by the investigating committee and some of those appointed were on that body.

Jonathan Green, director of fitness to practise at the GDC, said that their introduction would ‘benefit patients, the public and dental professionals’ as well as improving efficiency at the GDC.

He added that the new way of working was ‘more cost effective, and at the same time relieves unnecessary stress to the dental professional.’

If in the end this means a shorter, less stressful process and delivers a lower annual retention fee (ARF), then it will receive widespread support from the profession.

But, as BDA chair, Mick Armstrong, said, dentists now have a serious lack of trust in their regulator as a result of ‘increasing registration fees combined with lengthy complaints processes and a history of poor performance.’

The BDA supported the move towards case examiners when it was first suggested as a way to speed up and improve the fitness to practise process.

However, Mick added that whilst this was a step in the right direction, the proof of the pudding is in the eating.

He said the BDA looks forward to seeing how these changes translate into ‘financial savings, appropriate decision-making and a faster resolution to some cases as part of an overall improvement in performance and credibility.’

Jonathan Green appears optimistic, without making promises that may not be fulfilled.

He said that they will be able to make decisions quicker than before, which benefits patients.

He added: ‘We can take action straight away’ to support the dental professional to improve his practice.

If you, as an accused dentist, show insight into your failings, remorse and a desire to improve, the GDC now has a mechanism to be ‘much more proportionate and to agree undertakings in suitable cases without having to hold a full hearing’.

Mr Green said: ‘Some dental professionals will no longer have to go through lengthy and potentially stressful practice committee hearings’, which will be reserved for the most serious cases.

Earlier this summer I wrote that there was ‘reason to hope’ that the new management at the GDC would bring in ‘more effective, but fair regulation’.

Case examiners could well signal a seismic shift in the way the GDC regulates towards a less confrontational, more educational process, which in the long run will benefit patients as well as dentists.