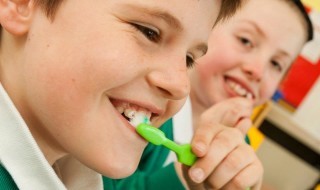 A practice manager has taken a fresh look at dental health and launched Teeth Team in a bid to raise awareness of the importance of children having access to regular dental care.

Aware of the direct correlation between poor general health and poor oral health, Ingrid Perry, a practice manager at Mydentist in Bridlington, visited a local primary school in 2006 to deliver an oral health education session. She was approached by the head teacher who expressed concerns about the number of children taking time off because of toothache.

Having witnessed the effect of poor dental health first hand, Ingrid set up the Teeth Team programme in 2010 to raise awareness of the importance of children having access to regular dental care.

The here and now

Teeth Team currently works with more than 9,000 children across the city of Hull. Working entirely on the efforts of volunteers and the support of businesses in the dental industry, the programme visits schools and teaches children the importance of healthy diets, effective tooth brushing and regularly attending dental check-ups.

In 2012, an oral health education hub was launched aimed at those aged five to 16 with games, lessons, and resources for parents and teachers alike. Later that year Teeth Team introduced fluoride varnish applications for children undergoing dental assessments as a quick and simple way of reducing the risk of tooth decay.

Since then Teeth Team has received endorsements from the National Oral Health Promotion Group and the Oral Health Foundation, and has partnered with a number of businesses, including Colgate, Mydentist and Siemens, to take its efforts further.

‘Although the government have plans to implement a national initiative in the autumn, there will undoubtedly be some areas of England that miss out due to funding constraints,’ Ingrid comments. ‘Many local authorities are already struggling to balance the books with their limited budgets and unfortunately, dental health appears to be very low on the list of priorities.

‘The advice I would give to anyone who may be faltering on a project is to never give up if you truly believe in what you are trying to achieve. Sometimes it may feel like everything is against you no matter which way you turn, but if you know in your heart you can and will make a difference, then never walk away!’

With nearly 10,000 children supported across Hull and East Yorkshire, the growth of the Teeth Team shows no sign of slowing down with an expansion into Lincolnshire. There are also further plans to grow across the country in the near future.

But ultimately, Ingrid has stated that she would like to see a Teeth Team programme in every town and city in the UK, so its passion can continue to make a huge difference to so many children’s lives.