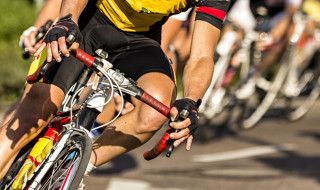 The Silverstone Time Trial Cycling Challenge is expected to attract both elite and amateur riders and has attracted support from British Cycling, Team Sky, Sir Ben Ainslie and the America’s Cup Challenge Team.

The event is being organised by one of the Company’s Invisalign providers, Dr Maria Moore of Harewood Dental Clinic in Virginia Water, with the aim to raise funds for the Operation Smile charity, which helps children with cleft lip, cleft palate or other facial deformities.

Align Technology has been supporting Operation Smile for several years now. The current campaign, called #4millionsmiles is linked in to Invisalign treating its 4 millionth patient, and will have Align Technology donate 1USD for every public post of someone smiling on Facebook, Twitter or Instagram, if posted with the hashtag #4millionsmiles between 7 September 2016 and 7 October 2016.

Align Technology has already sponsored the treatment of two of the country’s leading Olympic champions and Invisalign brand ambassadors – Laura Trott and Jason Kenny.  The multi medalists have both had their teeth straightened discreetly with the virtually invisible Invisalign system. They were able to continue training and competing as usual whilst wearing the aligners.

Operation Smile will have a stand at the event where people will be encouraged to support the charity by taking their photo with the organisation’s smiley face image and uploading it to their social media pages.

You can also find out more about the Silverstone event by visiting http://www.silverstonettc.org.uk/

Operation Smile is an international medical charity that has provided hundreds of thousands of free surgeries for children and young adults in developing countries who are born with cleft lip, cleft palate or other facial deformities. It is one of the oldest and largest volunteer-based organisations dedicated to improving the health and lives of children worldwide through access to surgical care. Since 1982, Operation Smile has developed expertise in mobilizing volunteer medical teams to conduct surgical missions in resource-poor environments while adhering to the highest standards of care and safety.

Operation Smile helps to fill the gap in providing access to safe, well-timed surgeries by partnering with hospitals, governments and ministries of health, training local medical personnel, and donating much-needed supplies and equipment to surgical sites around the world. Founded and based in Virginia, U.S., Operation Smile has extended its global reach to more than 60 countries through its network of credentialed surgeons, pediatricians, doctors, nurses, and student volunteers.

*Align Technology donation pledge through March 3, 2018. To date, Align has donated US$200 thousand to Operation Smile as part of the #3millionsmiles campaign launched on March 3, 2015 and the #4millionsmiles campaign continues this pledge to Operation Smile. Facebook shares must be made public in order to trigger the donation. Restrictions apply. See the full terms and conditions at http://www.invisalign.eu/4million-Terms-of-Use

13hr
|
Orthodontics
Dentistry Online uses cookies to give the best experience. If you continue to use our site, we will assume that you agree to the use of such cookies. Read More.
Accept