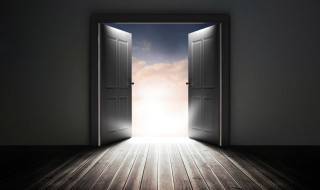 The new management team at the GDC should be given time, Michael Watson says.

The Conference of Local Dental Committees (LDCs) did not start well for the General Dental Council (GDC).

The very first motion, which was passed overwhelmingly, called for ‘the immediate resignation of the chair of the GDC’.

It was followed by another five motions critical of all the regulators.

Against this background Matthew Hill, director of strategy at the GDC, gave his presentation on the second day of the conference.

He was open and upfront about the problems that the council had faced over the past three years and said they were committed to changing and were listening.

‘The GDC door is well and truly open,’ he promised.

Matthew, who joined the GDC under a year ago, explained that in 2013 the GDC was faced with an unexpected level of complaints for which it was not prepared leading to the unprecedented rise in the annual retention fee.

It had got rid of the backlog of complaints and was working hard to address the complaints made about the GDC in a recent report on a whistle-blowers complaint by the Professional Standards Authority (PSA).

But more needed to be done and was being done.

Later in the year the GDC would be publishing a consultation paper on the way forward in its regulation.

He hoped that LDCs would take part in this process and make their views known.

It was taking place against a background of a more fundamental look at healthcare regulation by the Department of Health, which might reduce the numbers of regulators.

‘Patient and public protection lies at the heart of what we do’, Matthew explained.

But that did not mean that the GDC was not looking at improving the way it regulates.

‘Good regulation should be about promoting positive behaviours,’ he said.

In his view healthcare regulation was currently too focused on making rules, waiting for people to be denounced for breaking the rules and then punishing them.

There needs to be a rethink on how all healthcare workers are regulated.

The legislation governing the GDC was ‘antiquated’, with an emphasis on sanctions rather than learning.

The GDC wanted to see local resolution wherever possible.

In answer to a question on the press advertisement advising patients to take their complaints direct to the Dental Complaints Service, Matthew described the timing and form of the advert as ‘a bit crass’, but went on to point out that if there was going to be a more sensible approach to healthcare regulation, alternatives to FtP needed to be found, including mediation and ‘no fault’ resolution.

The LDC representatives I spoke to said that Matthew’s words were just what they had wanted to hear, having said that there was a certain amount of scepticism about whether there really was an appetite for change.

However there is a new management team at the GDC, who should be given time to show what they can do.

As I said in a blog earlier this month, ‘there is some reason for hope.’