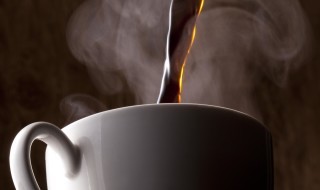 A new report from the World Health Organization’s International Agency for Research on Cancer has found that consuming very hot drinks could raise the risk of esophageal cancer.

The report concluded that consuming hot beverages is ‘probably carcinogenic to humans’.

The researchers found that drinking any beverage at a temperature of 65°C (149°F) or higher may increase the risk of esophageal cancer, the eighth most common form of cancer worldwide.

Drinking beverages at this temperature can cause significant scald burns in the esophagus and has previously been linked to an increased cancer risk in this part of the body.

‘These results suggest that drinking very hot beverages is one probable cause of esophageal cancer and that it is the temperature, rather than the drinks themselves, that appears to be responsible,’ said Dr Christopher Wild, director of the International Agency for Research on Cancer.

However, research has found that most Brits consume hot drinks at a temperature of 55°C.

Responding to the review, the Tea Advisory Panel in the UK has highlighted that tea is drunk at lower temperatures in the UK and that most people add milk.

‘Tea drinkers in the UK can continue to enjoy tea in the traditional way with a drop of milk, which ensures that the temperature of tea sits within safe limits,’ said the panel’s Tim Bond. ‘A study by UK burns doctors found that a cup of tea with 10ml of milk cooled to less than 65°C within five minutes.’

Not all bad news

However, the same report also found that coffee is unlikely to increase cancer risk – in fact, it may actually reduce it.

The research, carried out by 23 scientists from 10 countries, reviewed more than 1,000 studies evaluating the carcinogenicity of drinking coffee, mate (a leaf infusion consumed commonly in South America and other regions), and very hot beverages.

The International Agency for Research on Cancer (IARC) last evaluated the carcinogenic effects of coffee consumption in 1991. This review concluded that drinking coffee is ‘possibly carcinogenic to humans’, after identifying ‘limited evidence’ of a link between consumption of the beverage and bladder cancer.

However, numerous studies assessing the effects of coffee consumption have taken place over the past 25 years (and some that may explain the previous link with bladder cancer), which prompted a new review.

The new review concluded that, overall, there is ‘inadequate evidence’ to suggest that coffee consumption increases the risk of cancer.

The majority of studies showed coffee consumption does not increase the risk of cancers of the pancreas, breast, and prostate.

Additionally, the review found that drinking a cup of coffee each day may reduce the risk of liver cancer by 15%, while studies also showed a reduced risk of uterine and endometrial cancers with coffee consumption.

The review also noted that the link between coffee consumption and 20 other cancers was inconclusive.

The IARC says the new findings do not mean its last review was wrong to conclude a possible link between coffee consumption and bladder cancer, but that more studies are now available to conclude that the previously identified risk was due to other factors, such as smoking.

The research has been published online at The Lancet Oncology and are due to be printed in volume 116 of the IARC Monographs.