Investment in dental health of diabetic patients could save NHS millions 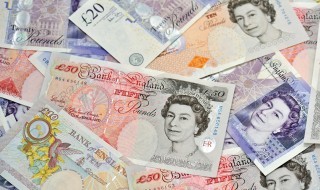 Investment in dental health of diabetic patients could save NHS millions

Tackling the dental health of those suffering with diabetes has been found to create substantial savings in further medical treatments, according to new research.

The study, published in the January 2016 issue of Health Economics, identified a ‘statistically significant association’ between how looking after gum health led to reduced healthcare costs among people newly diagnosed with diabetes.

Analysis of the data from more than 15,000 adults aged 18-64 who were newly diagnosed with type-2 diabetes found that those who had gum disease treated at an early stage had an average saving of almost £1,500 in healthcare costs over a two-year period.

Oral health charity the Oral Health Foundation believes if the NHS were to adopt a strategy of prioritising oral health of those with diabetes, not only would it save them millions of pounds but also provide those patients with better quality of life.

Speaking about the findings, Dr Nigel Carter OBE CEO of the Oral Health Foundation said that with 3.5 million people with diabetes in the UK, there is severe pressure on the NHS to act with urgency.

Dr Carter said: ‘The link between oral health and serious systemic diseases has become increasingly obvious over recent years and one of the clearest relationships which we have seen is with diabetes.

‘Over the next decade type-2 diabetes is estimated to increase significantly to five million sufferers, placing an increased pressure upon NHS resources and finances at a time when it is really struggling in both of these areas.

‘By providing effective treatment for gum disease at an early stage we believe there are potentially considerable cost savings to be had for the health services.

‘Giving patients the information and treatment they need to look after their gums it can help to preserve the oral health of million in the UK while also saving NHS coffers.’

Gum disease is progressive and affects the tissues supporting the teeth.

As the disease develops the bone anchoring the teeth in the jaw is lost, making the teeth loose. If this is not treated effectively, the teeth may fall out.

The first sign of gum disease is blood on your toothbrush or in the rinsing water when you clean your teeth. Your gums may also bleed when you are eating, leaving a bad taste in your mouth.

President of the British Society of Dental Hygiene and Therapy, Michaela ONeill, said that diabetic patients should be especially aware of the signs of gum disease as it can lead to very serious complications.

Ms ONeill said: ‘Gum disease can potentially lead to tooth loss and people with diabetes are more at risk of aggravating gum disease. It then becomes a vicious circle, as gum disease can increase blood sugar, which can lead to an increased risk of diabetic complications.

‘If you have any signs or symptoms make sure you get checked out by your dental health team as soon as possible for a thorough check-up of your teeth and gums.

‘If you are diabetic it’s important that you make sure that you inform your dental team so the correct treatment can be prescribed for you.

‘Early oral health intervention for diabetic patients is a win-win for health services and patients alike.

‘It could potentially save the NHS millions of pounds and also improve the oral and general health of patients, regular check-ups as part of early treatment is an easy and effective way of doing this.’