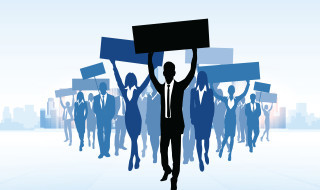 The new management team at the GDC needs to stop the ‘witch hunt’, Michael Watson says.

It is now two years since the chairman of the General Dental Council (GDC), Bill Moyes, delivered the Pendlebury lecture at the Faculty of General Dental Practice.

He said there had been a 110% increase in complaints to the GDC over the previous two years and estimated that the figures could mean that 17% of the profession were the subject of some form of complaint.

He claimed that this statistic was ‘staggeringly high’ and undermined somewhat ‘the proposition that there is a high level of patient satisfaction with dentistry’.

This speech fired the starting gun for what many regard as a witch hunt in the profession, including an unprecedented and illegal increase in the annual retention fee.

It is no wonder then that when, at the BDA Conference in Manchester last month, the minister was asked why Mr Moyes had not been sacked, it met with a sustained round of applause.

Health Minister Alistair Burt said that there had been a major shake-up of the management team at the GDC including the recently appointed new chief executive, Ian Brack.

He urged some patience from dentists but warned the new management that this was their last chance.

The GDC had a stand at the conference exhibition and it was attended by Ian Brack and also Jonathan Green, director of fitness to practise.

It gave BDA members an opportunity to speak to them and, although I did not, the reports I received from those who did were on the whole positive.

Cast your mind back a few years to when the Care Quality Commission (CQC) started inspecting dental practices; there was widespread dissatisfaction in the profession.

But a change in the management team there and more involvement by dentists in the inspection process has led to a much more positive view of this regulator.

There may thus be some reason to hope that the new team at the GDC will realise it must work with the profession, leading to more effective, but fair regulation.

One area where a start could be made is with the launch at the conference by the FGDP(UK) of the third edition of its authoritative publication Clinical Examination and Record-Keeping.

At the launch, faculty dean, Dr Mick Horton said that recently dentists had complained that their previous editions of these guidelines had been misinterpreted, ‘that aspirational guidance has been interpreted as essential requirements’.

One of the bodies guilty of this misinterpretation has been the GDC.

The faculty has explicitly made a distinction between essential/baseline practice, and aspirational/gold-standard practice.

The GDC should take note of this and stop chasing dentists who are practising within the new ‘essential’ standards.