Scrapping NHS bursaries could have a ‘massive impact’ 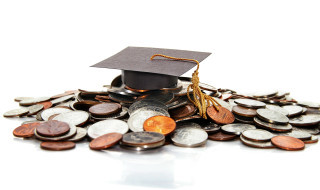 Scrapping NHS bursaries could have a ‘massive impact’

Scrapping NHS bursaries for students in nursing, midwifery and the allied health professions could save £88 million.

That’s according to new independent figures from London Economics and doctors and dentists are expected to be next in line to lose the bursary, which economists believe could create staff shortages and increasing fees for agency staff.

The British Dental Association (BDA) is claiming dental graduates face an estimated debt of £60,000 when they graduate and will be lobbying MPs to oppose the plans to scrap NHS bursaries in Westeminster today (25 May).

‘The government seems intent on raising the drawbridge to the health professions,’ Paul Blaylock, chair of the BDA’s Students Committee, said.

‘Ditching the bursary will yield minimal savings for the treasury, but have a massive impact the next generation of health professionals.

‘It’s a recipe for shortages, for fewer dentists, doctors and nurses, that risks leaving both patients and taxpayers worse off.

‘This bursary has been a lifeline for some students, and Ministers cannot sweep it away without giving proper consideration to the impact this will have on our NHS.