What women want, women can have… 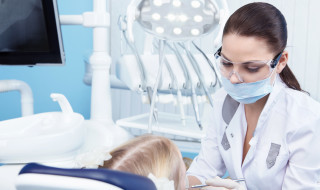 What women want, women can have…

Pam Pyper spoke exclusively to Dentistry.co.uk, to share her thoughts on the role of women in dentistry and how things have changed over the years to facilitate greater career equality.

Dentistry.co.uk: How do you think things have changed for a woman pursuing a professional career in a traditionally male-dominated area of work over the last few years?

Pam: I think the key to change has been acceptance. There used to be a perception that a woman didn’t have the wherewithal to perform to a professional standard.

Within the last 20 years things have changed so much. In my role, I can remember older male clients who would only deal with a man. That is a thing of the past now, thank goodness.

Dentistry.co.uk: Do you think that women have to compromise more than men in their careers?

Pam: If you are a single women who is totally career oriented, I don’t think there is much difference – if any. But I think as soon as you have children things do change.

Dentistry.co.uk: What change – if any – do you think it makes to their outlook regarding their professional career?

Pam: I can only speak from my own experience really, and for me there was never any question that I could become a partner because my husband was always the main breadwinner. At points we have moved for his career and I have given up my job and found a new one in the new area. For me, the children always came first when they were young, which meant I couldn’t give my career the 100% commitment employers needed for me to reach the top partnership level. I know some people can do that, but it doesn’t work for everyone.

I think it is getting easier because the younger generation of men don’t see looking after children and the home as the dominion of women only. For many women dentists I speak to, where they are now in their career, is where their children ‘allow’ them to be.

Dentistry.co.uk: Have you experienced any gender prejudice in your career? If so, how has it manifested?

Pam: I trained as an accountant in Aberdeen and at that time female trainees were few and far between. The partners limited where we could go to meet clients, as they felt some places were unsuitable for a young woman to visit. I did get the same level of pay as my male counterparts at that time, which was great. However, when I came back to work after having children there was a perception by my bosses at that time that my income was simply supplementing my husband’s and I didn’t need to be paid as much as my male colleagues. The fact that I was paying out a massive amount in childcare meant nothing to them. It was never out and out prejudice; no-one said I shouldn’t be doing the job. As far as I’ve seen over the years, it’s mostly been the same in dentistry.

Dentistry.co.uk: What particular financial needs do you think women working in dentistry need to address over and above those that affect both genders?

Pam: Female dentists need to address the fact they will probably have gaps in their career. If a dentist is working within the NHS, for six months they get full pay while on maternity leave. But after six months there’s no income. For many women, six months is not enough time to prepare themselves to leave their baby in someone else’s care. And then, of course, there are the childcare outgoings when they go back to work.

In the last Budget there was some talk about tax relief for self-employed people, but the ‘ins and outs’ of that have yet to be finalised so I don’t yet know what effect it might have. There is also the possibility of having to look after an ill child or even elderly parents, taking a woman away from her career – sometimes for an extended period of time, sadly.

Dentistry.co.uk: Why do you think figures suggest that by 2020 there will be more female dentists than men?

Pam: Over the last few years we too have noticed the striking change in the numbers of men and women qualifying as dentists. As a result, we recently investigated what this will mean for the dental industry as a whole, surveying the attitudes and feelings of the clinicians themselves. Further information on the nationwide Women in Dentistry survey, the first of its kind, can be found at minford.eu/women-in-dentistry/.

Meanwhile, dentistry offers great flexibility in terms of taking a career break, and as long as you keep up with CPD and GDC registration the opportunities are still there when you are ready to go back. I also think many women are well suited to the caring professions like medicine and dentistry. The truth is that times have changed so much in the last few decades that women can do whatever they want, as their mothers have nurtured their skillset, taught their sons to share home-based responsibilities, and fought for equality for their children.

Minford has a predominantly female team. Most are married and have families, and have worked while bringing up children. Minford understands the constant juggling, the feelings of guilt and the tiredness. It also understands the need for compromise – that some professional ambitions have to be given up or put on hold.

What’s more, Minford knows first-hand that work takes on an additional meaning – an escape from household drudgery and constant demands for mummy’s attention; plus the chance to dress and put on make-up and become a person in one’s own right again.

Minford fully appreciates that the needs and demands on time and money evolve as children get older, and never totally goes away, even when the children are grown up.

But Minford also knows for a fact that women are as able and committed as any man, and it is there to support any woman who manages to break down the barriers, moving everyone closer to the goal of true equality.