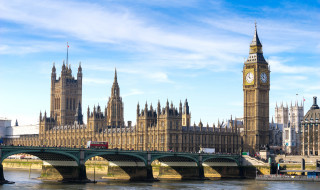 Judith Cummins MP questioned David Cameron about the availability of NHS dentistry in her area, Bradford South, explaining that less than half of the children living in her area had seen a dentist in the last two years.

‘Forty six per cent of five-year-old children in Bradford suffer from tooth decay, compared with 28% across England, and less than half the children living in Bradford districts have seen a dentist in the last two years,’ Judith Cummins MP said.

‘Given the costs of treating tooth decay far exceed the costs of prevention, would the Prime Minister look at the lack of availability of NHS dentists, in Bradford South, as a matter of urgency.’

Queues around the block

The Prime Minister responded by pointing out that there had been a large increase in NHS dentistry.

He went on to remind Labour opponents about the ‘huge queues around the block’ for an NHS dentist when the Labour party was in government.

‘They may shake their heads but that is what happened – some of us can remember that,’ David Cameron said.

‘We have seen a big increase in NHS dentistry but I will look very carefully at the situation in Bradford,’ he concluded, speaking to Ms Cummins.